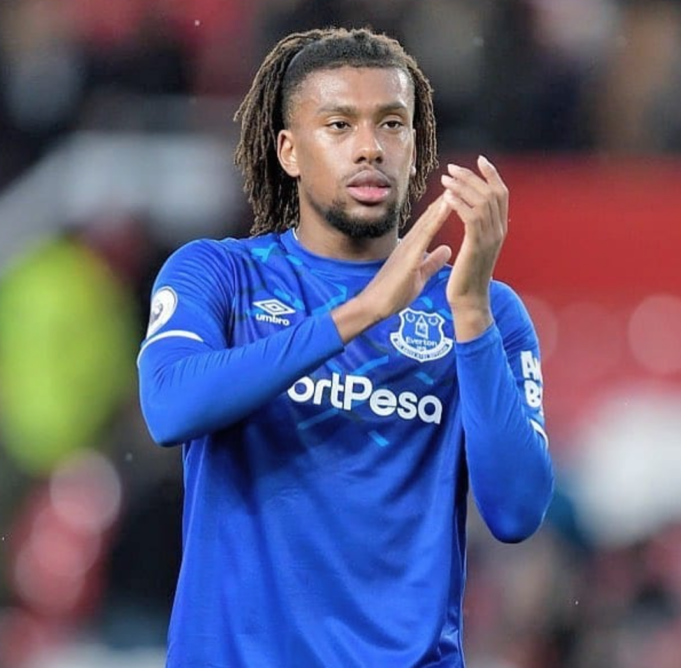 Super Eagles attacker, Alex Iwobi once again proved that he remains a force to be reckoned with as he came off the bench to assist Everton to maintain their 100% start to the season as they made light work of troublesome Brighton at Goodison Park, AOIFootball.com reports.

Having passed a late fitness test, Brazilian star Richarlison was favoured in the starting XI ahead of the Nigerian with Iwobi made to start from the bench for the third consecutive league outing.

The Toffees however wasted no time to stamp their dominance on the clash when on-form striker Dominic Calvert-Lewin put them ahead on the 16th minute after being set up by Gyfil Sigurdsson.

Iwobi was then introduced halfway into the first half when Richarlison pulled up injured and the Eagles star made his third EPL appearance of the campaign.

The visitors however hit four minutes to half time when Neal Maupay benefitted from a howler from Jordan Pickford to make it 1-1.

The England number one was then spared of an embarrassing half time talk when on the stroke of half time midfielder James Rodriguez found fellow countryman Yerry Mina with an inch-perfect free-kick with the defender heading home for 2-0 in what was a goal made in Colombia.

Iwobi then got into the act seven minutes after the restart as he combined perfectly with Calvert-Lewin before finding James Rodriguez unmarked at the near post with the former Madrid man tapping home for 3-1.

The Nigerian was then involved again as Everton grabbed their fourth 20 minutes from time with Iwobi playing a perfect through ball for Abdoulaye Doucoure who in turn found Rodriquez who tapped home for his second of the game to make it 4-1.

The visitors then grabbed a late consolation with what was almost the last kick of the game with Yves Bissouma striking home to make it 4-2 as Everton made it 7 wins from 7 games in all competitions.

Abdulquadir Adedapo - May 23, 2019
ALL CATEGORIES
SOUNDCLOUD