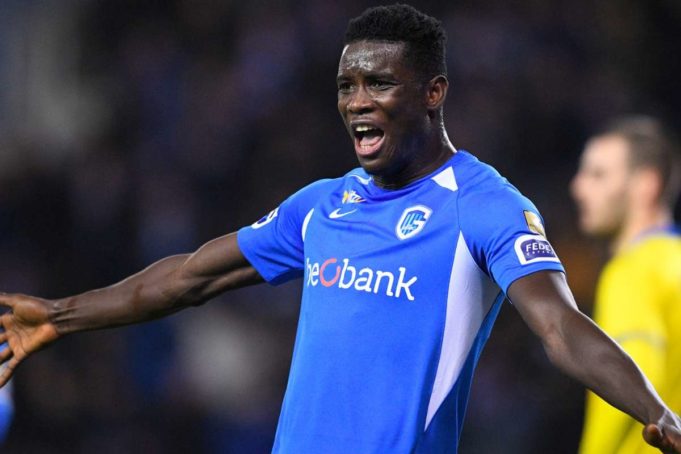 Nigerian international, Paul Onuachu continued his impressive form in front of goal as he scored for the fourth consecutive league game to help KRC Genk to a 1-1 draw away at Waasland-Beveren, AOIFootball.com reports.

Fresh from being named the Pro League Player of the Month for August after scoring 5 goals in 3 games, the 26-year-old once again led the line for the sixth time this campaign with fellow Eagles Cyriel Dessers once again made to start from the bench.

The hosts did however have a better opening exchange with Genk having goalkeeper Maarten Vandevoordt to thank as both sides went into the break goalless.

Dessers was then introduced ten minutes after the interval for Kristian Thorstvedt with his introduction freeing up more space for Onuachu as the visitors switched to a 4-4-2 formation.

The visitors then took the lead against the run of play after the hour mark as Onuachu fired home from a Luca Oyen cross.

But just like in their previous games, Genk were denied all three points at the tail end as the hosts fired home the equalizer six minutes into added time to seal a 1-1 draw.

Despite the draw, Onuachu took his league tally to 7 for the season, moving to the top of the scorers chart heading into the second international break whilst strike partner Deseers will switch his attention to Nigeria’s upcoming friendlies against Algeria and Tunisia next week.

Russia 2018: Eagles’ target is to reach the quarterfinals, says  Rohr