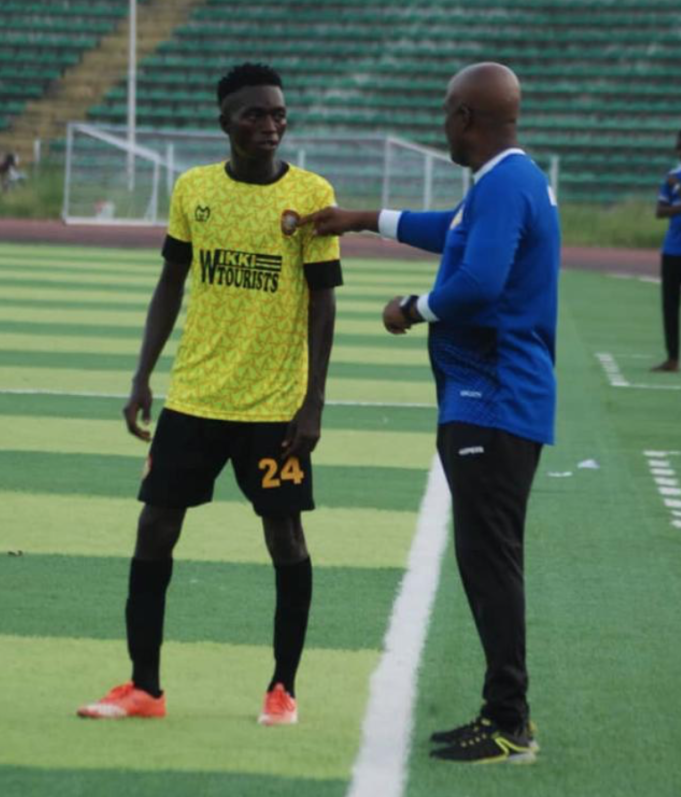 Nigeria Professional Football League, NPFL side, Wikki Tourists FC have acquired the services of the youngster, Iwaloye Lukman Oluwatobi, for the 2020/2021 league season AOIFootball.com has gathered.
The teenager who made this known exclusively to AOIFootball.com stated that his contract with the Yankari Travellers is just for a season, with an option of renewal for both parties, and he is ready to hit the ground running, in line with the aspirations of the club to make a positive impact in their forthcoming campaign.
“I’m pleased to say that I’m now a member of the big family at Wikki Tourists FC of Bauchi, said the former Talasgucu bld and Kayserispor FC U-19 forward.
“We agreed a one year deal with an option of renewal, and I can’t wait to start having great achievements with the club.
It would be recalled that the Bauchi based side earlier secured the services of Kamal Sikiru, Bilal Yakubu, Tasiu Lawal alongside a couple of other NPFL stars, and the Osun State born forward believes that the coach Usman Abdallah tutored side will have a positive campaign when the season finally kicks off.
“With the caliber of players that are presently being assembled by the club, the team will definitely be a formidable one, he said.
“I’m very optimistic that we will have a great season when the league finally kicks off,” concluded Lukman.