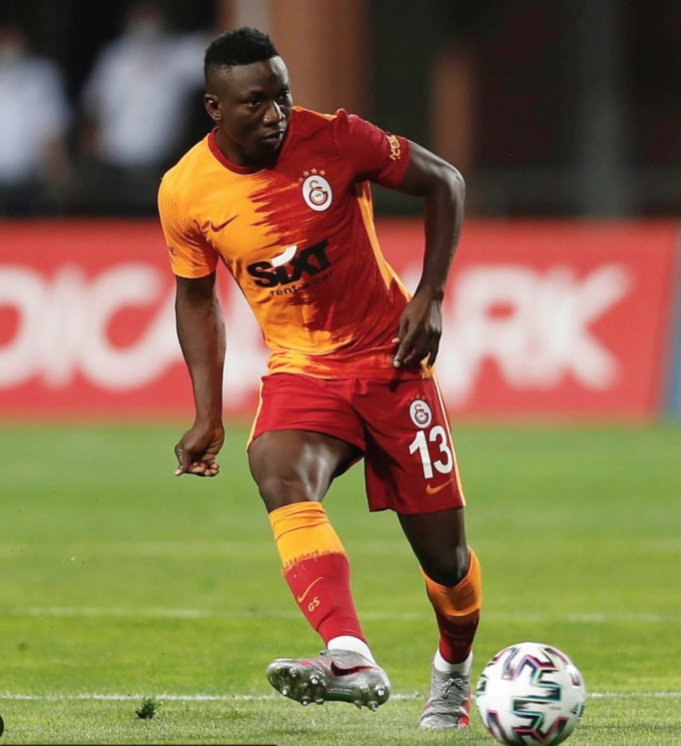 Super Eagles midfielder, Oghenekaro Etebo was not a happy man on Sunday even though he won the Man of the Match Award when his Galatasaray lost 1-0 at Kasimpasa, AOIFootball.com reports.

Fresh off a disappointing outing in the Europa League where they crashed out to Rangers, the visitors needed a good response from the league with head coach Fatih Terim handing the on-loan Stoke City player his debut league start.

Despite the impressive showing of the Nigerian the visitors were undone by a first-half strike from Yusuf Erdogan a result which meant Galatasaray succumbed to their first league defeat of the campaign with Etebo still standing out in the clash to claim the man of the match gong.

The Nigerian finished the game with a superb rating of 8.8, completing 92% of his passes, making 2 key passes, completing all 7 of his dribbles, winning a game-high 15 duels, and also contributing keenly to the defence with 5 interceptions, 3 tackles, and 2 blocked shots.

Speaking after the game, the 24-year-old however urged his teammates to remain focused as they have plenty of games ahead to still fight for.

“Of course, my good performance doesn’t mean much individually.  The important thing was that the win came. We wanted to win. Our performance as a team was very important, but we could not show the performance we wanted.

“Now is not the time to be sad, we have matches ahead of us. We need to put this match aside and focus on other matches and prepare for them in the best way possible. We are incredibly unhappy right now, including me.

“We did not expect such a score, such a game. There are many more matches ahead. So, we should put this match aside and focus on them,” Etebo concluded.