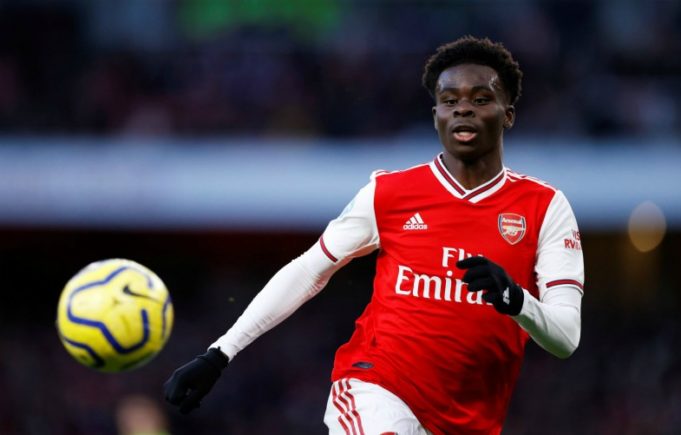 Chief Scout of the Super Eagles of Nigeria,, Tunde Adelakun has called on football lovers in Nigeria not to call for the head of Arsenal youngster Bukayo Saka after he accepted his debut call up to the Three Lions of England, AOIFootball.com reports.

In an interview with former Eagles media officer Colin Udoh, Adelakun stated that the federation wishes the player all the best with his decision as his choice clearly shows he is repaying them back for investing in him.

“I wasn’t disappointed at all, we should be happy for him. He was born in England and has been there all his life. He clearly did not deny his Nigerian heritage and will always be remembered for that.

“His hard work has been rewarded, because England have invested hugely in him and its only right for them to reap the benefit of their investment and the player has taken what he felt was the best decision now for his career,” Adelakun stated.

He further went on to urge Nigerian fans to embrace the player in the future should he make a U-turn and accept Nigeria as the new FIFA rule on international players could still offer him a chance to play for Nigeria in the future.

Saka had a breakthrough 2019/2020 season with Arsenal and was immediately scouted by Nigeria and England but despite admitting to his Nigerian heritage, the full-back accepted to play for England after he was called up for their October Euro qualifiers.

Abiola Shodiya - May 30, 2017
ALL CATEGORIES
SOUNDCLOUD