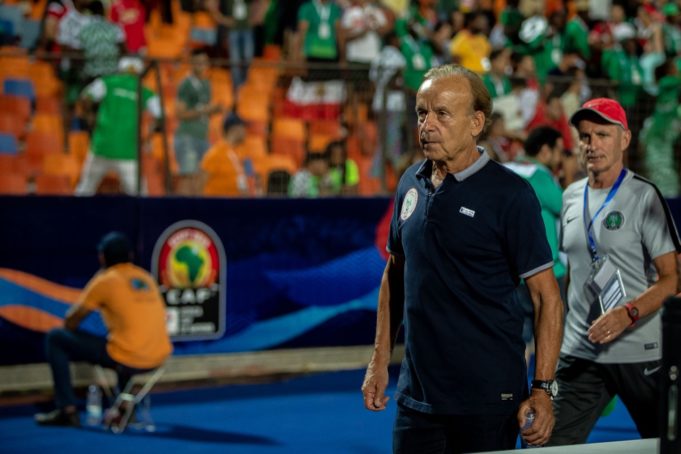 Super Eagles Head Coach, Gernot Rohr has said that his boys must be physically and mentally ready when they file out against Algeria on Friday night at the Worthersee Stadium in Klagenfurt, AOIFootball.com reports.

Speaking ahead of the game during Zoom teleconference with the media, the Franco-German, who is set to take charge of his 4th game against the Desert Foxes, further added that the game will serve as a test for next month’s qualifiers rather than a revenge mission.

“It’s a test game, and we want to see our new players. The objective is to prepare for AFCON and the World Cup.

“Algeria has been unbeaten in 18 games but we want to stop them, we hope so. They are a strong team in Africa and they are the current champions. It will be a big test for us,” Rohr said.

In what will be the 21st meeting between both nations, Gernot Rohr will be looking for his second win against the North Africans, having won 1, drawn 1, and lost 1 against them.