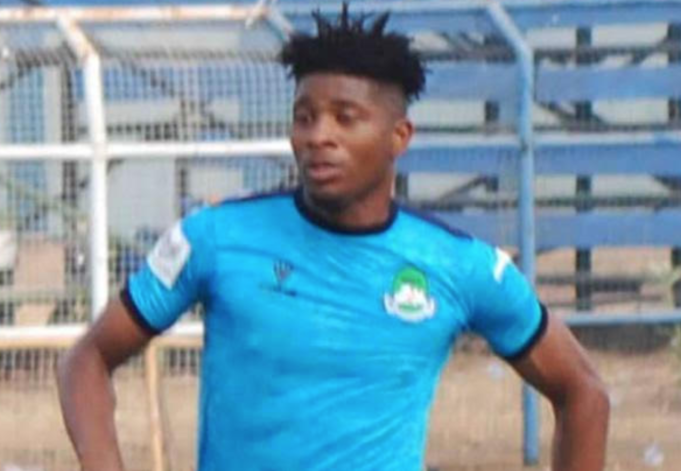 Nigeria Professional Football League NPFL, multiple Champions, Enyimba Int’l football club have once again missed out on the opportunity to snap up Franklin Tebo Uchenna from Nasarawa United FC for the 2020/2021 league season, AOIFootball.com can report.
AOIFootball.com gathered that the Elephants of Aba had been trailing the physically built centre- back for the second consecutive season for a possible transfer but it was not to be.
The defender, who stole the show at the 2019 Ahlan Cup invitational tourney, also played an integral part in the Solid Miners’ campaign last season before COVID-19 Pandemic. He insisted that after a wide range of consultations with both family and his managers, he has decided to remain with the Lafia-based side.
“After a lengthy consultation with my family and managers, I’ve decided to have a contract renewal with Nasarawa United FC,” said the light-skinned strong defender.
“It was a tough decision for me but I know it is worth it, after all and it is in the best interest of my career,” he added.
After turning down a second request to join the former African champions, the former FC Vitosha Bistritsa of Bulgaria player revealed his passion for fresh challenges, adding that there could still be a possible move in the future but for now, he has an unaccomplished mission with the solid miners, hence his decision to renew his contract.
“I love new challenges, and I’m not shutting the door to any possible move in the nearest future.
“I’ve got some targets I set for myself at Nasarawa United football club; that is why I decided to renew my contract with them,” Franklin concluded.

Omidiji, others, welcome to play for Eaglets, says Garba