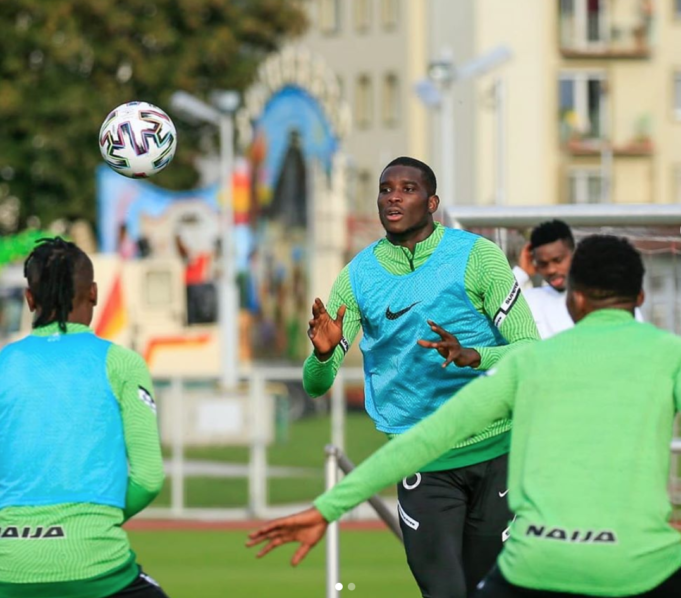 Super Eagles Head Coach, Gernot Rohr has declared that KRC Genk of Belgium striker, Paul Onuachu remains a huge part of his plans but wants him to adapt to the team’s playing pattern, AOIFootball.com reports.

Speaking ahead of the crucial friendly against Algeria, Rohr who will be without first-choice top scorer Victor Osimhen, stated that the team cannot always play to the advantage of Onuachu height and would rather love to see him adapt to the teams playing pattern.

“The team must not have to adapt to a player’s game. The player must adapt to our style of play, and that is what Onuachu has to do.

“Our defenders and midfielders equally have the opportunities to give long balls to him and in the air, he is very strong; this is a new opportunity for us but he has to adapt his own game on ours.

“We play on the ground, we don’t want to play all the time in the air, but our wingers can give good crosses and he can be interesting with his headers and also with his shooting,” Rohr said.

Onuachu was initially left out of the squad for this double-header friendlies but was recalled following the unavailability of Victor Osimhen with Rohr now backing him to deliver for the Eagles.

“For the moment, I think he is the striker that can help us to replace Osimhen and also Cyriel Dessers. Perhaps we will see in the last moment, which one will start,” Rohr concluded.