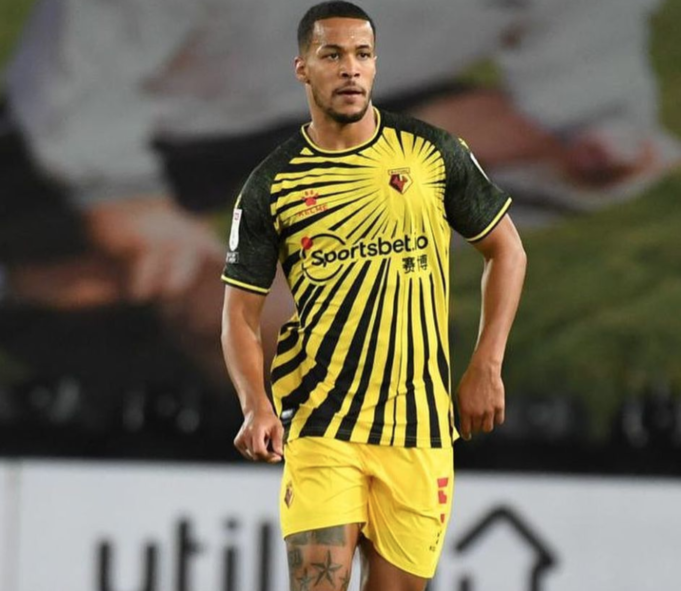 Super Eagles vice-captain, William Troost-Ekong made his Championship bow for new club Watford as he featured from the start to help them to a hard-fought 1-0 win away at Derby County, AOIFootball.com reports.

Having been excused from Nigeria’s Tuesday clash against Tunisia due to a little knock, the 27-year-old returned to training with the Hornets on Wednesday and was declared fit enough to start in the center of a back 3 for the visitors.

In a relatively quiet first half, both teams failed to find the net in the first 45 minutes with the second half more of an open affair but the hosts made the first move off the bench when Tom Lawrence replaced Duane Holmes.

Ekong will however be the next to be replaced after he went off with a suspected knock to the leg, with the visitors going ahead afterwards through Joao Pedro on the 76th minute.

The goal was surely enough for Ekong and his side who continue to pile on the pressure on Derby manager Philip Cocu who has now lost four of his opening 5 league games.

Ekong, who was on for 71 minutes, still produced a decent display with a rating of 7.0, made 4 big clearances whilst also completing 100% of his take-ons.