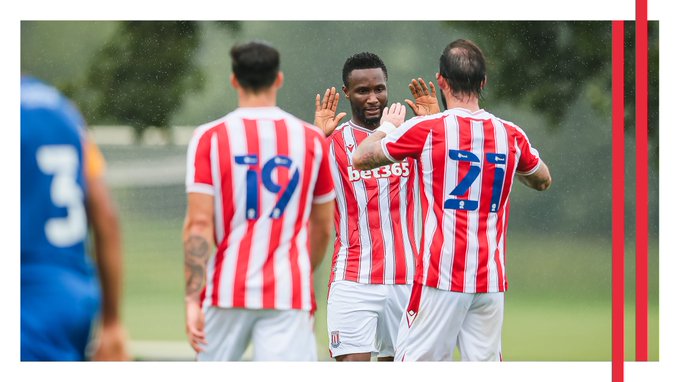 Former Super Eagles captain, John Mikel Obi once again produced a near-perfect display in the colours of Stoke City as he anchored them to their second win of the campaign following a 2-0 win away at Luton Town, AOIFootball.com reports.

The former Chelsea midfielder has been a regular in the heart of the Potters’ midfield, starting in all four of their opening league games with head coach Micheal O’Neill once again keeping faith with the 33-year-old for the visit to the Kenilworth Road.

After a goalless first half which saw the visitors do most of the defending, with Mikel Particularly impressive in the middle of the park, they turned on the heat in the second half as Steven Fletcher scored less than 40 seconds after the restart to hand Stoke the lead.

The Potters then doubled their lead 10 minutes later when Nick Powel converted from a Nathan Collins assist to make it 2-0 much to the dismay of the host who felt undone by the goals despite dominating on all fronts.

Mikel, who featured for the entire match duration once again dropped a positive green with a rating of 7.0, completing 82% of his passes, winning 5 duels, making 3 tackles, 2 clearances and blocked shot, and also 1 interception.