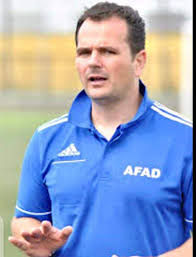 The 4-time NPFL champions announced on Tuesday that Soccia has signed a one-year deal and will spearhead the team’s quest in the Confederation Cup after CAF announced that teams in the continent must be managed by a coach with “A” license.

According to the club’s statement, the French tactician will be unveiled on Wednesday to the press with all contractual agreements between both parties completed.

“We concluded all the necessary contractual agreement with him and he will sign a one-year contract with us as soon as he arrives in Kano on Wednesday.

“He has met all the criteria set by the Confederation of African Football (CAF) because he has a UEFA “A” license and African level training license. He has also coached football in Africa, including Cameroon, Gabon, Tanzania, and South Africa,” the club stated.