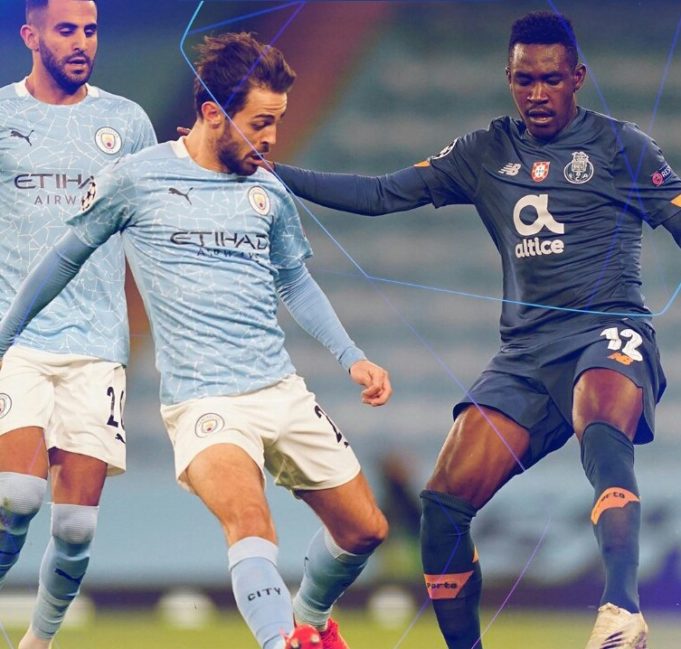 The 2020/2021 UEFA Champions League group stage kicked off on Tuesday night with Eagle forward Emmanuel Dennis showing once again that he can deliver on the biggest stages for Club Brugge, AOIFootball.com reports.

However, the same can’t be said for the duo of Zaidu Sanusi and Frank Onyeka who both fell at home on their debuts in Europe’s premier club competition.

At the Gasprom Arena in Saint Petersburg on Tuesday, forward Emmanuel Dennis replicated his opening day heroics of last season when he shocked record-holders Real Madrid in Spain; this time, doing so in Russia as he scored the opening goal for Brugge in their 2-1 win over Zenith.

The 22-year-old scored a brace on a similar night last season and as such becomes the first Club Brugge player to score on the opening night in two consecutive Champions League season.

Meanwhile on Wednesday at the Etihad Stadium in Manchester, left-back Zaidu Sanusi made his Europe’s bow for FC Porto in their 3-1 loss to Manchester City.

It was a night to forget for the Nigerian whose blushes were spared in the 77th minute after he was replaced as goals from Sergio Aguero, Ilkay Gundogan, and Ferran Torres canceled out an earlier opener by Luis Diaz.

Finally, at the MCH Arena in Herning, Denmark, Super Eagles new boy Frank Onyeka had a very decent performance for FC Midtjylland but could not prevent them from losing 4-0 at home to Atalanta.

First-half goals from Duvan Zapata, Alejandro Gomez, and Luis Muriel put the Italians in cruise control before a late goal from substitute Aleksey Miranchuk sealed a comfortable 4-0 win for the visitors.

Despite the loss, Onyeka who was on for 87 minutes, performed above average with a rating of 6.9, completing 94% of his passes, winning 8 duels, completing 100% of his dribbles, and also making two interceptions and tackles each.

Russia 2018: Rohr must not dump players who featured in qualifiers- Lawal