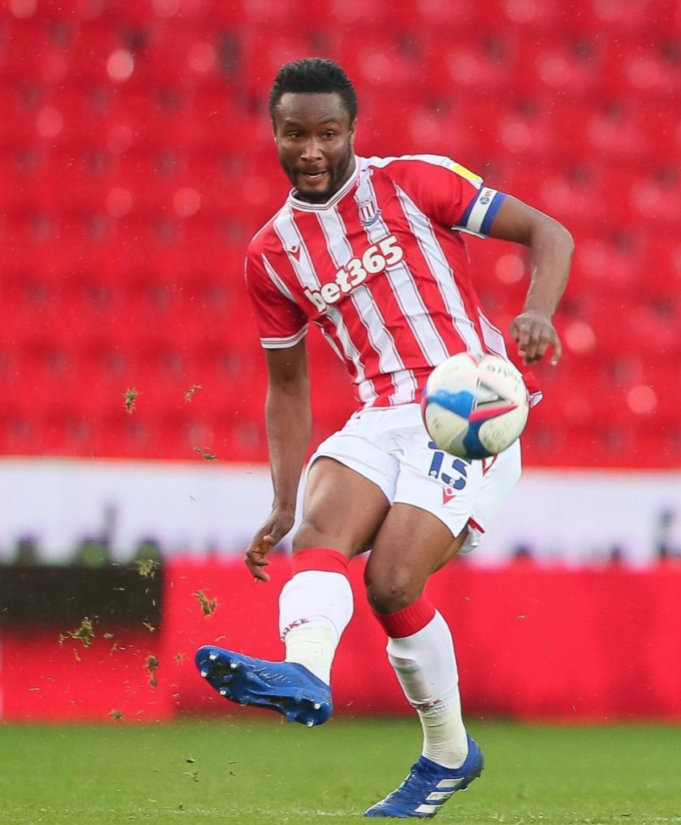 Former Super Eagles skipper, Mikel John Obi continued his impressive run as stand-in skipper for Stoke City as he led them to yet another victory whilst Liverpool loanee Seyi Ojo also grabbed a goal to rescue a point for his Cardiff City side, AOIFootball.com reports.

Mikel Obi: The former Eagles skipper continued to lead the Potters’ midfield as he captained them for the second successive game in their hard fought 3-2 win over Brentford at the Bet365 Stadium.

First-half strikes from Steven Fletcher and James McClean put Stoke 2-0 up at half time before Tyrese Campbell struck a third of the hour mark to all but secure the points for the host.

However, the visitors fought back in stunning fashion via substitute Marcus Forss who struck twice but Stoke kept their nerves to seal a 3-2 win and move up to 8th on the table.

William Troost-Ekong: The former Udinese man was on for the entire match duration as his Watford side were denied all three points at the death by Bournemouth who scored in added time to seal a 1-1 draw.

Ovie Ejaria: The former Eagles target helped set up the first goal for Yakou Meite as his Reading side defeated Rotherham United 3-0  to remain unbeaten after 7 rounds of games.

Former Eagles midfielder Sone Aluko was on the bench for the entire match duration for the host.

Seyi Ojo and Chub Akpom: The Liverpool loanee scored his second goal of the campaign to rescue a point for Cardiff City who drew 1-1 at home to Middlesbrough.

Chuba Akpom also featured playing for 66 minutes before been replaced by the visitors.