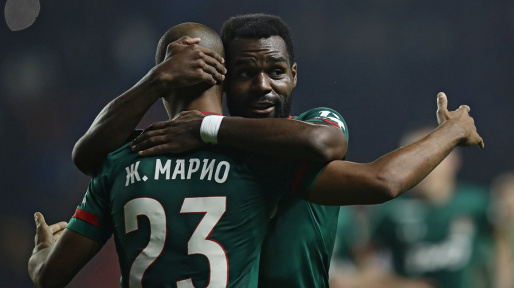 Nigeria’s Bryan Idowu continued his fantastic form in front of goal for newly promoted FK Khimki as he scored for the second consecutive game to help them to a 2-0 win away at FC Rostov, AOIFootball.com reports.

Having scored his debut goal for the club last weekend in their loss to Spartak Moscow, the Eagles left-back started his 11th straight league game with the hosts hoping to earn just their second win and move off the relegation zone.

They were however made to do plenty of defending in the opening exchanges as both teams went into the break goalless.

The hosts then turned to the bench on the resumption with a triple substitution but it was the visitors who threatened in the second period with Mohammed Konate unlucky not to have found the opener.

FC Rostov were then reduced to 10-men 19 minutes from time following the sending off of skipper Roman Eremenko and the visitors made the most of their numerical advantage to take the lead just on the dot of 90 minutes.

Idowu then sealed all three points with a smart finish five minutes into added time for 2-0 and move his side up to 14th on the log.

The on-loan Lokomotiv Moscow defender finished the game with a rating of 7.3, completed 75% of his passes, made 3 clearances, 2 interceptions, and also won two of his duels.