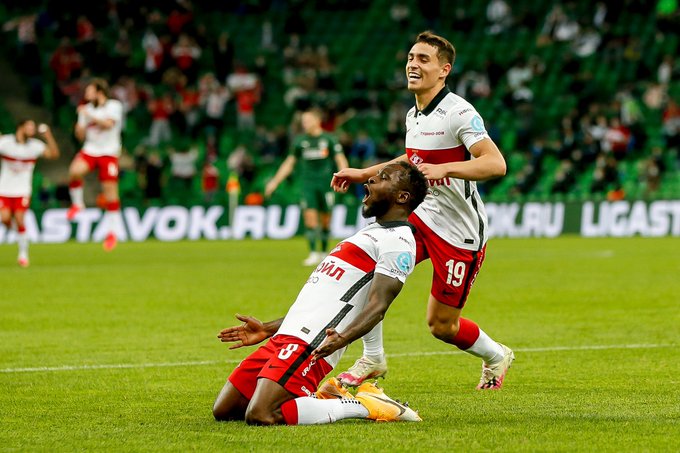 Having joined from a season-long loan deal from Chelsea, the former Inter Milan player started his first league game as the visitors hoped to extend their lead at the summit of the table.

They however took the lead against the run of play after 13 minutes when Jordan Larsson set up Ezequiel Ponce with the Argentine striker making no mistake to fire home for 1-0.

The Argentine forward was involved again, this time after the hour mark as he laid on for Victor Moses who expertly turned his marker before curling with his left foot into the bottom corner of the net for 2-0.

Substitute Leon Sabua then pulled one back for the hosts seconds after coming on in the second period before Jordan Larsson ensured the points were safe nine minutes from time to seal the 3-1 win.

Moses, who featured for an hour before being replaced, had a game rating of 7.5, with Spartak having 27 points from 12 games, three points ahead of second-place Zenith.