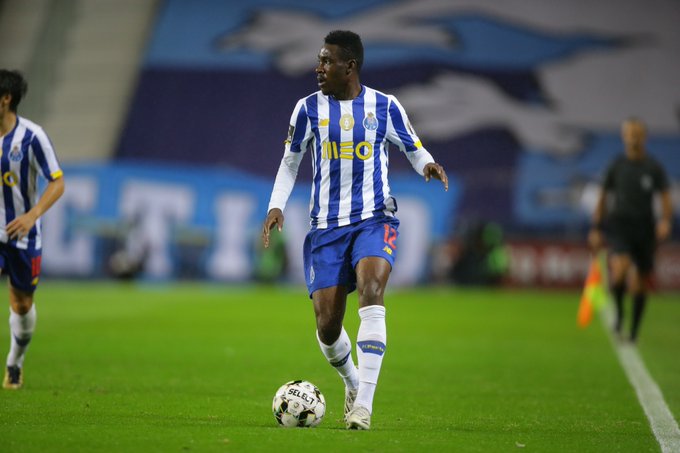 It was a night of two different results on matchday two of the UEFA Champions League for the duo of Zaidu Sanusi and Frank Onyeka as their respective teams gunned for their first wins after last week’s opening losses, AOIFootball.com reports.

Having lost on matchday one to Manchester City, Super Eagles’ new boy Zaidu Sanusi was keen to earn his first win in the competition when his Porto side played host to Greek side Olympiacos.

The 23-year-old, who had a forgettable weekend in the league started for the Portuguese side as they scored once in either half to seal a 2-0 win over their opponents who put up a good fight all through the 90 minutes.

Sanusi was ever lively on the flanks, wracking up an impressive rating of 7.4, making 4 clearances, 2 interceptions, completing 72% of his passes whilst also winning 7 of his 9 duels.

At the other hand, it was a second straight defeat for midfielder Frank Onyeka as Midtjylland failed to take advantage of Liverpool’s defensive woes with the  English club triumphing 2-0 on the night.

Second-half strikes from Diogo Jota and a late penalty from Egypt’s Mohamed Salah sealed all 3 points for Liverpool who maintained their 100% start to the campaign with Midtjylland remaining with two straight losses.

Onyeka, who was on for the entire match duration did receive a first half time booking but finished with a rating of 6.7, completed 87% of his passes, won 10 duels whilst his defensive contributions were top-notch with 3 clearances and interceptions and 4 key tackles.