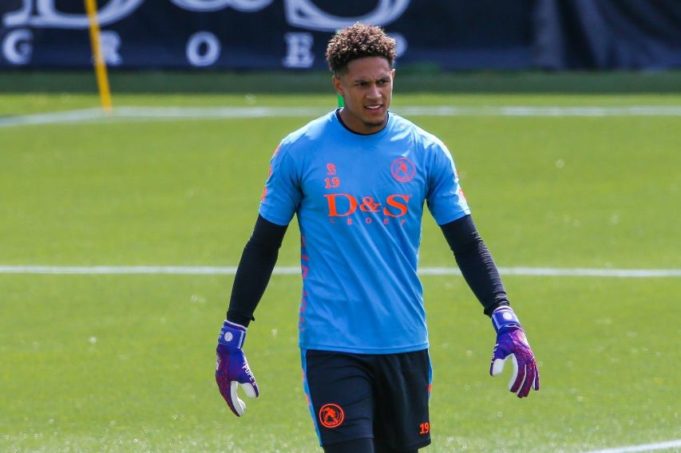 Super Eagles goalkeeper Maduka Okoye had a bitter-sweet debut with Dutch side Sparta Rotterdam as he produced series of impressive performances in their penalty loss to ADO Den Haag in the Dutch Cup, AOIFootball.com reports.

Predominantly an understudy to first-choice goalkeeper Benjamin Van Leer, the 21-year-old was given his first chance to stand between the sticks probably lay claim to the number one spot in the process.

The Eagles shot-stopper however had little to do in the first period but was alert when called upon in the 23rd minute as he made no mistake from a close shot before his side took the lead at half time via a Danzell Gravenberch strike.

However, with virtually the last kick of the game, the hosts equalized in a rather incredible fashion as opposite goalkeeper Luuk Koopmans headed home a Bilal Oud-Chikh corner much to the frustration of Okoye who was left exposed from the corner-kick and the game went into extra time.

Both teams then failed to find the winner after 30 additional minutes with penalties needed to separate them; whilst the hosts scored all 5 of their kicks, Rotterdam missed once and in turn crashed out 5-3 on penalties.

Despite the loss, the former Fortuna Dusseldorf player had a great outing with a rating of 7.4, making 5 saves, 3 of which was from inside the box, completing 73% of his passes, and also making one high claim.