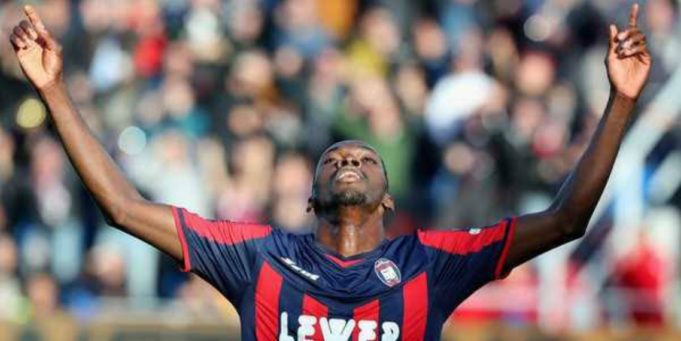 Nigerian international, Simy Nwankwo scored his third league goal of the campaign for Crotone but couldn’t save them from yet another defeat as they lost 1-2 at home to Atlanta, AOIFootball.com reports.

Without a win in their last 6 games in all competitions, the pressure was mounting on head coach Giovanni Stroppa who handed the Nigerian his sixth league start of the campaign.

After a cautious start to the game, the visitors took the lead against the run of play just before the half-hour mark when Luis Muriel finished converted to make it 1-0 before he then added a second twelve-minute later to put Atlanta 2-0 up.

Down but not the hour the host pulled one back just before half time as the impressive Simy headed home from inside the box following a fine corner-kick delivery from Milos Vulic to make it 2-1 going into the break.

The scoreline however remains the same at the end of the 90 minutes with Crotone suffering their 5th loss of the campaign as they remain bottom of the log with just a solitary point from a possible 21.

Simy on the other hand did have a decent outing netting his 3rd goal in 6 games, earning a game rating of 7.0, winning 9 duels and also completing 85% of his passes.