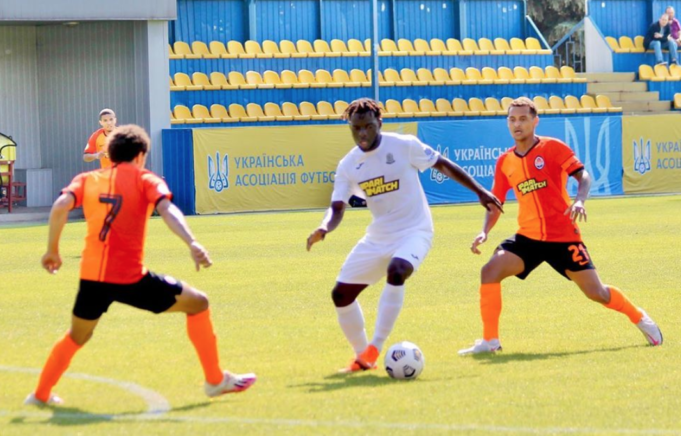 Former Nigeria U-23, Muyiwa Olabiran scored his first goal for Ukrainian side Olimpik Donetsk to inspire them to a 2-1 win away at Kolos Kovalovsvka, AOIFootball.com reports.

Having suffered back-to-back league losses, the visitors were hoping to earn their 4th win of the campaign with Olabiran nicknamed Benito handed his 6th start of the season.

Both teams went to toe to toe in the opening exchanges and had their goalkeepers to thank with both producing fantastic saves to keep the game at bay after just 10 minutes.

The visitors however took the lead seven minutes later when Benito was played through by Maxime Teixeira with the Olympic Eagles forward holding up play before firing past the goalkeeper to make it 1-0.

Shahab Zahedi then made it 2-0 from the penalty spot before the host grabbed a late consolation from 12 yards two with Donetsk earning all three points on the road.

Summer Transfer: Liverpool tracking Ndidi; could cough up to £50m