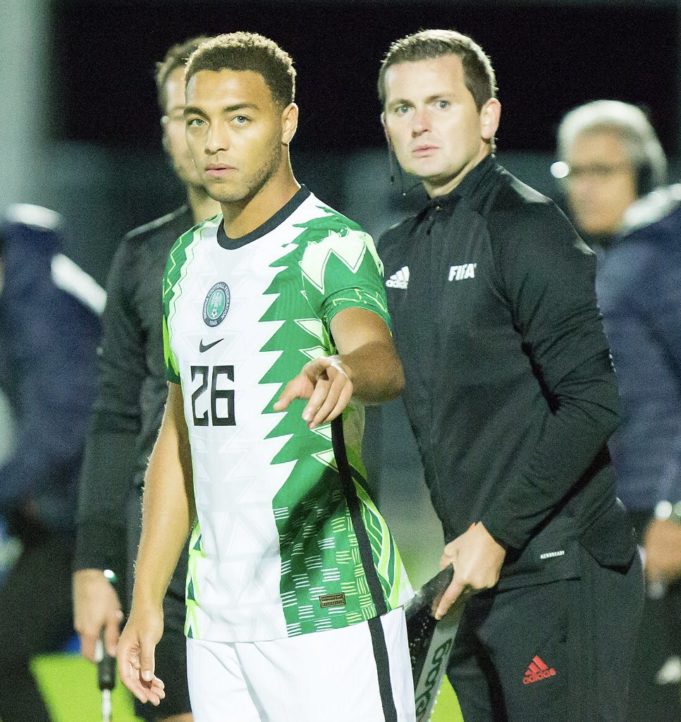 Super Eagles forward, Cyriel Dessers is disappointed after being left out of Nigeria’s upcoming AFCON qualifiers against Sierra Leone but is upbeat about fighting for a return to the squad, AOIFootball.com reports.

The 25-year-old scored his third league goal of the campaign last weekend after being teed up by fellow countryman, Paul Onuachu in the win against Eupen and wants to build on it and get more regular playing time.

Speaking to AOIFootball.com from his base in Belgium, the former Heracles Almelo forward however said that his omission is a clear statement that he must be at his best to always get a callup to the national team.

“It was nice to be on the score sheet again this weekend. I felt it’s been a long time coming for me and I hope to build on this goal in my subsequent matches.

“On not getting a call up for the National team for games against Sierra Leone, personally I was not happy after knowing I did not make the cut. But then again, it shows I have to play more at club level and hopefully tries to always be at my best week in week out,” Dessers said.

The 25-year-old made his debut for Nigeria in last month’s 1-1 draw against Tunisia in Austria but was however overlooked for this month’s AFCON qualifiers, with Dessers now having to wait till 2021 to make his competitive Super Eagles debut.