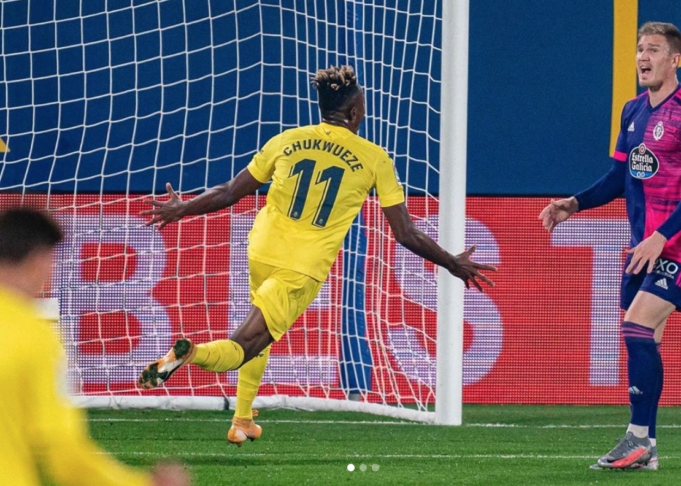 Super Eagles winger, Samuel Chukwueze scored his first league goal of the campaign as his Villarreal side continued their impressive run of form which has seen them fail to taste defeat in any of their last 7 games in all competitions, AOIFootball.com reports.

On the back of an impressive outing in the Europa League last Thursday, the 21-year-old kept his place in the starting XI with the Yellow Submarines targeting their 4th win in the league this season.

Following a dominant first opening exchange, the host took the lead from a blistering counter-attack as the impressive Alfonso Pedraza found Chukwueze with a perfect cross into the box, with the winger making no mistake as he smashed it into the bottom corner for 1-0.

Villarreal then doubled their lead just before the half time whistle this time from a set-piece when Pau Torres headed home a Paco Alcacer corner kick to put them 2-0 at the break.

The second half however failed to produce any goal with Chukwueze replaced after the hour mark as the win was secured already, moving Villarreal back to 3rd on the log standings with 15 points from 8 games.

The goal will come as a morale booster for the Nigerian who last scored a league goal in November of 2019 against Celta Vigo.