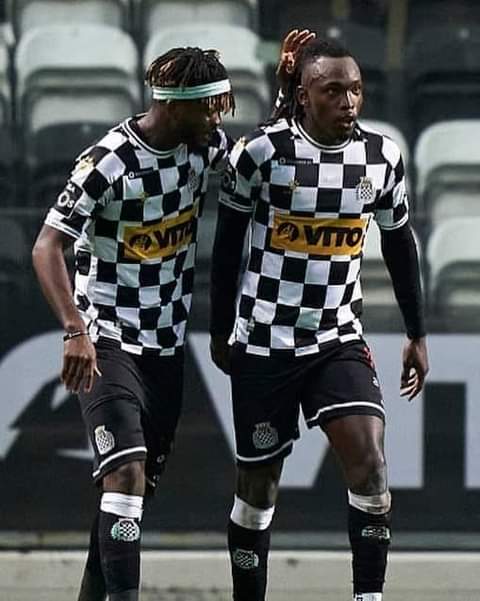 Super Eagles center-back, Chidozie Awaziem had a fantastic outing with Portuguese club Boavista as he led them to their first win of the campaign in a 3-0 win over heavyweights Benfica, AOIFootball.com reports.

With regular skipper, Javi Garcia suspended for the clash, Awaziem was handed the band as the hosts in search of their first win of the campaign.

Both sides had a go at each other in the opening exchanges before the visitors took the lead but the Video Assistant Referee was on hand to correctly rule of the goal with Darwin Nunez appearing to be offside before his strike.

The hosts however broke the deadlock minutes later when former Manchester United player Angel Gomes was fouled in the box with the forward dusting himself up before smashing home for 1-0.

The on-loan Lille of France forward was involved again for the second twenty minute later this time he teed up Alberth Elis with a fantastic back heel with the Honduras man firing home for 2-0 much to the joy of the host bench.

French left-back, Yanis Hamache then completed the scoring in the second period smashing home an absolute beauty from the edge of the box and seal all three points for Boavista, thus handing Benfica their first loss of the campaign.

Awaziem who was on for the entire match duration finished with a rating of 6.9, making 3 clearances, 2 key tackles, winning 4 duels whilst also completing 70% of his passes.