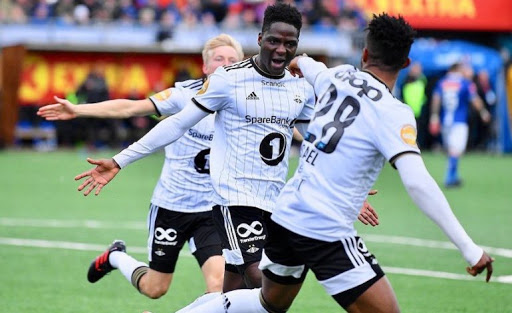 The on-loan Midtjylland of Denmark forward started just his first game for the club since Joining in September with former Manchester City forward Kayode Olanrewaju leading the line for the visitors.

The visitors however opened scoring just six minutes into the game as Ivorian midfielder Max Gradel put Sivasspor ahead after been set up by Ugur Çifçti.

Akintola then got into the act two minutes later when he equalized for the hosts following a swift counter-attack with the 24-year-old firing home from a Selim Ilgaz cut back to make it 1-1.

Both teams then failed to add to their tally in the second half with the host playing the final 10 minutes with a man down but held firm as they moved up to 12th on the log.

Akintola was however impressive all night as he narrowly missed out on the man of the match award, picking up a rating of 7.4, while Kayode who was replaced in the second period ended with a match rating of 6.7.

Now is the time for Nigeria to win AFCON again, says Westerhof