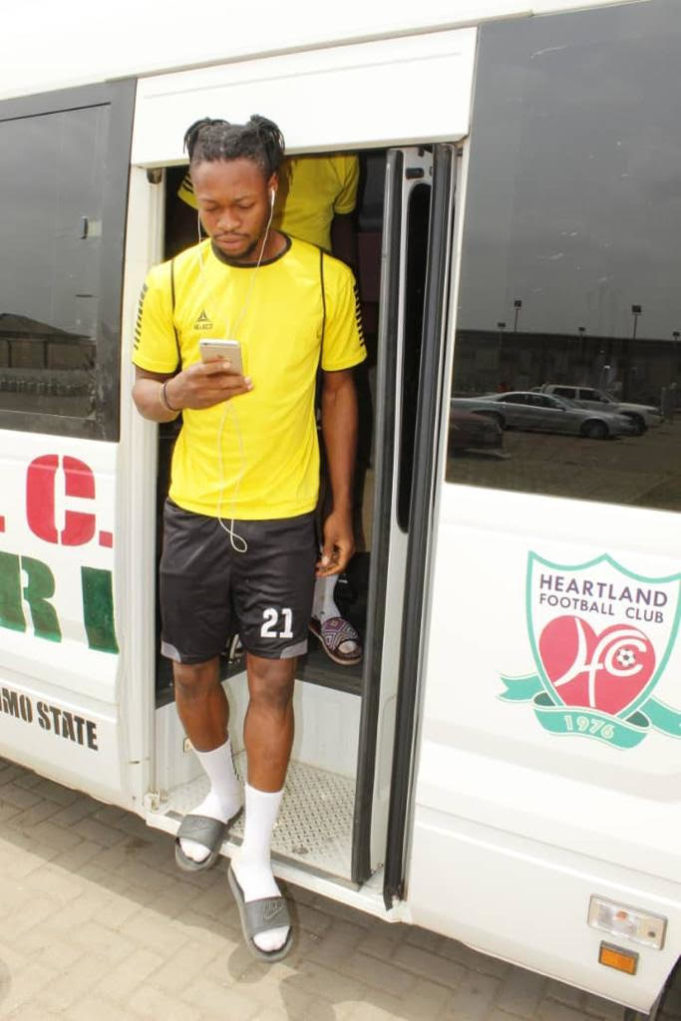 Heartland Football Club of Owerri defensive midfielder, Ayooluwa Adetola, who is celebrating his birthday has stated that his wish is to attain greater heights with the Naze Millionaires, AOIFootball.com reports.
The Ogun State born midfield combatant, who spoke exclusively to AOIFootball.com in Owerri, shortly after his team’s morning training, submitted that his sole aim and birthday wish is to have a positive impact on his current club by winning laurels.
“My only wish today is to make a positive impact with my team by winning silverware and writing my name in gold, said the 2019 Aiteo Cup finalist.
“Every player wants to be successful in their career, and no one wants to leave the scene without making a mark,” he enthused.
The Owerri based side tasted relegation for the first time in their history in 2016, going down to Plateau United in Jos on the final day of the season, and the former Niger Tornadoes, Mighty Jets, and Delta Force FC player believes he doesn’t see his coming under such quagmire in the nearest future.
“The club relegated for the first in 2016 but that was then, I don’t think we can go through such dilemma again, rather, we will challenge for titles.
“The calibre of coaching and technical staff we have right now can take the club to an enviable height, and I’m glad to be part of this team,” concluded Adetola.

Ideye not keen on Tianjin return, wants to remain in Europe