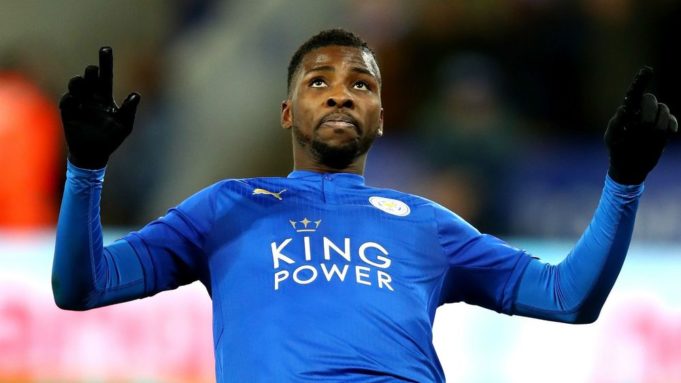 Nigerian players continued to soar high in the UEFA Europa league the season with the duo of Kelechi Iheanacho and Kayode Olanrewaju continuing their impressive run whilst there were debut goals for the duo of Kelvin Arase and Iyayi Believe Atiemwen, AOIFootball.com reports.

Kelechi Iheanacho: The Eagles forward produced a man of the match performance for Leicester City as he scored twice and also grabbed an assist in their 4-0 thrashing of Sporting Braga.

Starting his second game in the competition, the 24-year-old bettered his matchday one performance against Zorya putting the Foxes ahead in the 20th minute before grabbing his brace two minute into the second half to make it 2-0.

The Nigerian then completed a perfect night as he set up Dennis Praet after the hour mark to make it 3-0 before James Maddison added a fourth 12 minutes from time to seal a 4-0 win for the host who maintained their 100% start to the competition.

Olanrewaju Kayode: The former Super Eagles forward continued his 100% scoring run in the Europa league as he came off the bench to earn Sivasspor their first win of the season following a 2-0 win over Qarabag.

Canar Osmanpasa put the host ahead in the first half before Kayode who was introduced on the hour mark, sealed all three points when he struck two minutes from time to put Sivasspor back in contention for a knock out spot.

Iyayi Believe Atimwen: The 24-year-old came off the bench and scored the winner for Dinamo Zagreb who remains unbeaten in group K following their 1-0 win at home to Wolfsberger AC.

The former Caykur Rizespor forward was introduced in the 72nd minute and made an instant impact as he started and completed with just two minutes on the pitch to help his side move top of the group with 5 points.

Kevin Akpoguma: The 25-year-old featured for an hour before been replaced as his Hoffenheim side thrashed visitors Slovan Liberec to maintain their 100% start to the group.

Akpoguma earned a rating of 7.1, making 2 clearances, winning 4 duels and also completing 93% of his passes attempted.

Abdullahi Shehu: the former Kano Pillars defender came on for his Europa league debut in the colors of Omonia Nicosia but could not prevent them from defeat as they lost 0-2 at home to Granada who are still without Ramon Azeez.

With his side 1-0 down and a man down, Shehu replaced Jordi Gomez at half time and impressed in his time on the pitch earning a rating of 6.5, completing 86% of his passes, winning 2 duels, completing 100% of his take ons and also making one clearance and interception each.

Joe Aribo: The midfielder was on for 70 minutes in what was a six goal thriller between Benfica and Rangers with the visitors stretching their unbeaten season run to an incredible 19 games in all competitions.

Fellow Eagle Leon Balogun was on the winch for the Scottish side for the entire match duration.

Peter Olayinka: The forward featured for the entire match duration but could not replica his goal-scoring heroics last Thursday with his Slavia Praha side staying top of group C with a 3-2 win over OGC Nice.

Kelvin Arase: The 21-year-old midfielder was on target for Rapid Wien as the defeated Dundalk 4-3, to pick their first win of the competition.

Chidera Ejuke: The Pacy winger continued to impress on the flanks for CSKA but will however need to turn his tricky into goals following his side 3-1 loss away at Feyenoord.

The 22-year-old completed 9 of his 13 dribbles, the most by any player on the pitch, winning 10 duels, creating two big chances, and also completing 94% of his passes attempted.