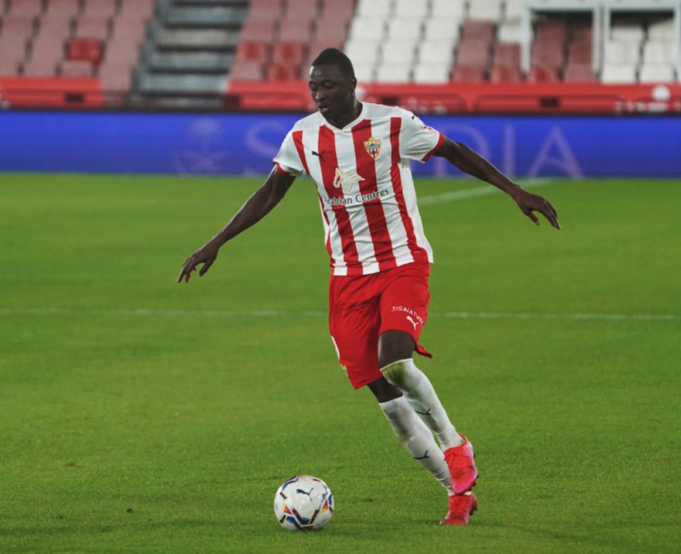 Nigerian international, Sadiq Umar was the match hero for Spanish side Almeria as he came off the bench in the second half to lead them to a 2-1 win away at CE Sabadell and move into the top half of the table, AOIFootball.com reports.

In what was a rescheduled matchday one fixture, the former AS Roma striker was only good for the bench with the visitors hoping to stretch their unbeaten run to 4 games.

They however needed 13 minutes to show their intention in the clash when Largie Ranazani was brought down in the box with Ager Aketxe stepping up comfortably to dispatch it into the net and put Almeria 1-0 up.

The host then leveled matters six minutes before half time via the boots of Stoichkov before the visitors were reduced to 10 men when Mathieu Peybernes got his marching orders after receiving two yellow cards in quick succession.

Sadiq then replaced Pedro Mendes after the hour mark with luck on the side of Almeria as the host hit the crossbar moments after with Stoichkov who failed to convert from 12 yards.

There was however room for late drama as Sadiq set up Largie Ramazani deep into added time with the winger making no mistake to fire home and seal a hard-fought 2-1 win for Almeria who now move up to 9th on the log standings.

Video: Onazi’s first goal of the season for Trabzonspor