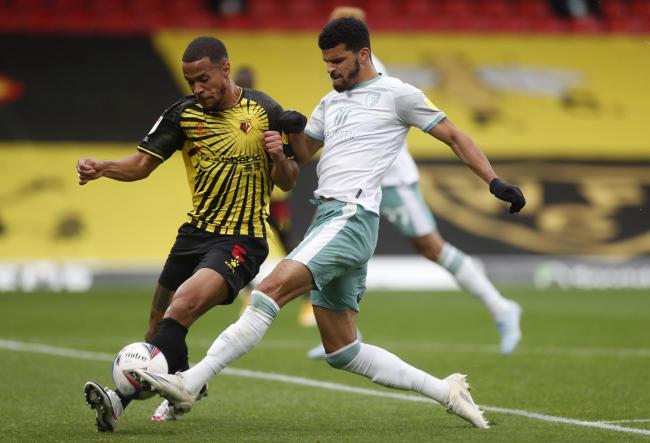 Super Eagles vice-captain, William Troost-Ekong scored his first goal in English football on Saturday to help his Watford side come from behind to defeat Coventry City 3-2 at the Vicarage Road, AOIFootball.com reports.

Having been on the bench in their midweek clash at home to Stoke City, the former Udinese man returned to the starting XI in what was his 5th league start since joining them as Watford hoped to make it back to back wins following Wednesday’s win over Stoke.

Both sides however failed to find the breakthrough in what was an uninspiring first 45 minutes before the hosts broke the deadlock eight minutes after the restart via the boots of Andre Gray to make it 1-0.

With one goal down and still very much in the clash, the visitors overturned the scores in sensational fashion, first with Gustavo Hamer who fired home for 1-1 before Tyler Walker finished off a Maxime Biamou assist less than 50 seconds later to put Coventry 2-1 up.

Ekong then popped up with the equalizer in the 66th minute when he headed home from a James Garner corner-kick before Ismaila Sarr ensured the hosts head into the international break with a win, netting from 12 yards out.

U-20 W/Cup: Offia hails team unity ahead of Qatar opener