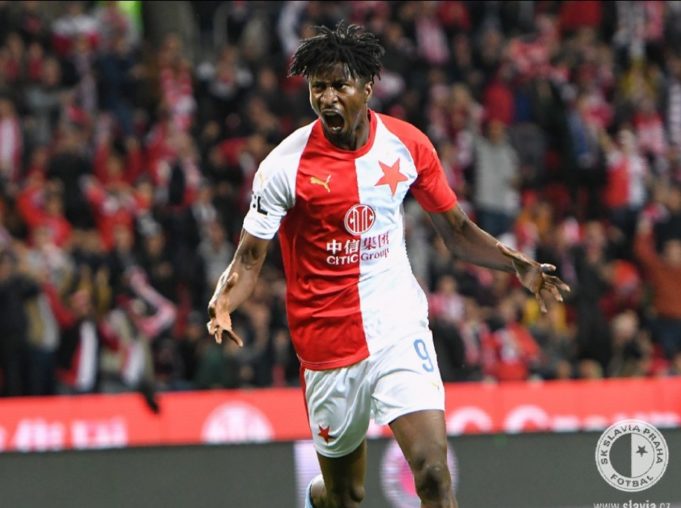 Nigerian international, Peter Olayinka continued his fine form in front of goal as he scored the games only goal to earn Slavia Praha all 3 points in their hard-fought 1-0 win over Mlada Boleslav, AOIFootball.com reports.

Starting just his 4th league game of the campaign, the 24-year-old continued in his now-familiar role on the flanks with the host hoping to extend their unbeaten league run to 7 games having won all but one of their opening 6 league fixtures.

The former KAA Gent forward however needed just seven minutes to put his side in front when he opened scoring against the run of play to make it 1-0, scoring his second league goal of the season in the process.

The hosts were by far the better side for the remainder of the match duration but the visitors remained resolute at the back with Olayinka’s lone strike proving to be the difference in the night.

The win sees Slavia move into the first position with 19 points having won 6 and drawn just once in their opening 7 league outings.