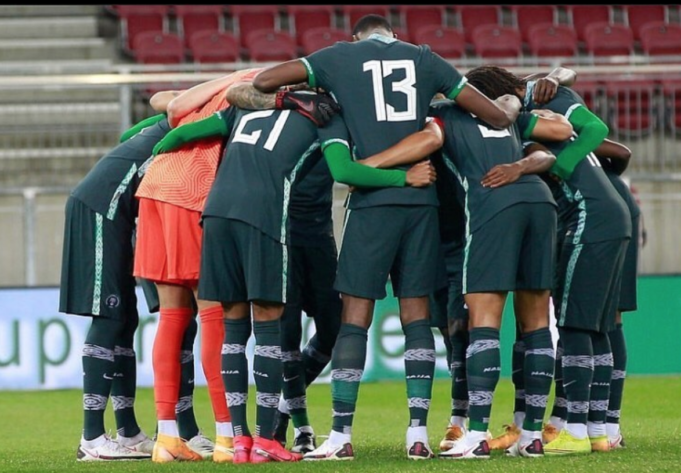 Former Super Eagles winger, Mutiu Adepoju has called on football loving fans of the National Team sheathe their swords after the team’s shocking 4-4 draw at home to Sierra Leone on matchday 3 of the 2022 AFCON qualifiers, AOIFootball.com reports.

Nigeria was at a standstill when Gernot Rohr’s men threw away a four-goal lead in the first half to draw 4-4 against their visitors who looked clueless in the first 45 minutes before a spirited second-half display saw them snatch a valuable away point.

However, an optimistic Adepoju stated that the Eagles went to sleep but remains confident that the team can bounce back in the second leg and take charge of their qualification series despite the setback in Benin.

“Every game comes with its lessons and this game against Sierra Leone is one of them. A match is not won until the final whistle is blown. Fellow Nigerians, I appeal to you that we keep supporting our dear Super Eagles and I strongly believe they will bounce back in the return leg,” Adepoju stated.

Despite the draw the Eagles still lead group L with 7 points and could all but secure qualification for the 2022 AFCON should they get maximum points in Freetown on Tuesday with Sierra needing to win to remain with a chance of qualifying for the tournament.