Leonardo Jardim’s decision to recall left-back Elderson Echiejile from his loan spell at Standard Liege will cause problems for a few people.

The left-back, who was beginning to settle in Belgium, raking up consecutive matches had attracted Jardim. Surely, an improvement in Echiejile’s form or a need for his style had prompted his recall to the French side, currently joint-top on the log, a round-of-16 clash against Pep Guardiola’s Manchester City in February, and in the semifinals of the Coupe de la Ligue which puts Monaco in a good position to compete for silverware again. 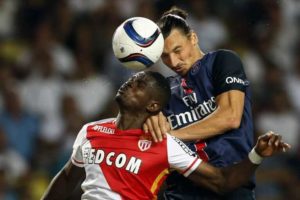 Although, not many people will expect Monaco to beat Manchester City, the team can take confidence from edging English sides in recent seasons in the competition, something Echijile is equally familiar with.

Monaco have been second best to a richly assembled PSG for a while, and with the Parisen team struggling to command proceedings as they usually do, and with OGC Nice carelessly relinquishing top spot, AS Monaco gratefully stepped in, albeit on goal difference.

Jardim sees Echiejile’s qualities, experience and maturity which could be vital in the team’s pursuit of a first league title in 17 years and an increasing possibility of doing the double.

Echiejile has been called up to be part of a team that has to fight off stiff challenge from Nice and PSG with 18 games left, surely this is the kind of opportunity the defender will be delighted with, especially with the big goal being a Ligue1 crown come May. 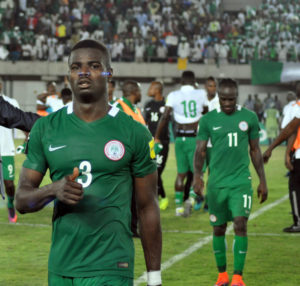 Ultimately, should Echiejile go on to have a scintillating season with Monaco, the Super Eagles will benefit from it as he could be heading into the first AFCON 2019 qualifying game in top shape and on the back of conquering France.

Also, he’ll bring a wealth of experience and offer a much needed attacking outlet on the left wing which has been missing for some time. But first, he has to pin down a starting shirt at the principality.