Ever since President of the Nigeria Football Federation (NFF) Amaju Pinnick formally submitted his nomination to contest for a seat on the Executive Committee of the Confederation of African Football (CAF), which elections will hold in March, there has been a lot fuss from Nigerians.

While some have questioned the capabilities of our own Amaju Pinnick to handle the position, owing to a few problems at the homefront, others are of the opinion that it is about time Nigeria takes her rightful place as a pacesetter in the West African sub-region.

Ghana Football Association (GFA’s) Kwesi Nyantakyi and Anjorin Moucharafou of Benin are the incumbent representatives of the Zone 3 (Zone West B), which covers Nigeria, Burkina Faso, Togo, Chad, Cote d’Ivoire and Niger. Nyantakyi is also on the FIFA council.

It would also be recalled that Pinnick, who is in his first term as NFF boss, was not endorsed for the September elections into the FIFA council, which got Nyantakyi to be among the decision makers of the world football governing body.

Former NFF presidents Ibrahim Galadima and Aminu Maigari have in recent times failed to be elected on the CAF executive committee.

Amos Adamu was the last Nigerian to seat on the CAF executive committee by November 2010 before he was slammed a three-year ban by FIFA for allegedly breaching bribery rules following a sting operation by The Sunday Times of UK.

Since the exit of Amos Adamu, Nigeria has been relegated to the background with the Francophone countries holding sway. This is because she has no representative at CAF or FIFA, but Pinnick currently has a chance to change all that and he needs our support.

Come to think of it, what has Anjorin Moucharafou contributed to the development of football in the WAFU Zone B region since he has been in CAF, even though he is an ally of CAF President, Issa Hayatou?

There has not been a single positive football development in the region which supports the opinion that the time for change is now.

Africa has been seriously bedeviled by sit-tight leaders and this has rubbed off on football administration as well. Methinks it is time that fresh and young bloods are injected into the system to match the rapid development of football we are experiencing the world over.

Similarly, the world football governing body, FIFA is going through a renaissance with the emergence of fresh talents into its administration.

Suffice it to say, that this is the time to rid African football, nay the sub-region of leaders with questionable integrity like Moucharafou who was arrested two years ago for embezzling sponsorship money in his impoverished country and subsequently jailed for six months to pay for his crime.

What baffles one, however, is that African FA presidents didn’t seem to care about his ex-convict status before ‘choosing’ him ahead of Nigeria’s Aminu Maigari in a run-off ballot which he won by 35 votes to 19 in 2013.

This is the time to change the trend and join the world football governing body to sanitise the system and make it more credible.

It’s a new FIFA with young and vibrant guys ready to chart the way forward for the beautiful game of football, and Amaju Pinnick would feature very prominently from the Continent and of course at FIFA, with his new appointment as a member of one of world football governing body’s most important committee, Organising Committee for all FIFA Organised competition and each proposed member of any of the committees was made to go through a comprehensive integrity check conducted by several organisations of global relevance and stature. 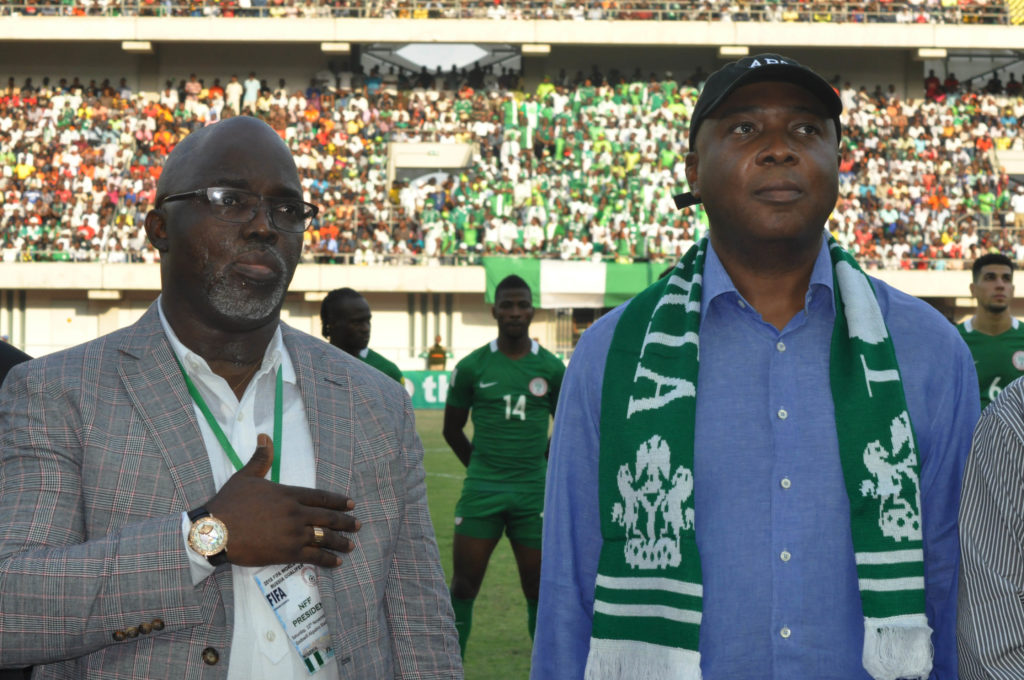 Pinnick’s appointment, and in particular, the thorough and painstaking checks that he passed with full marks, is a big thumbs–up for Nigerian Football and a good signal ahead of his CAF Executive elections, and clearly puts out the light on the unsavoury innuendoes and deliberate mischief he gets back home.

Why should a tiny Benin Republic threaten Nigeria? It is time Nigerians stand and support their own.

The current President of the Nigeria Football Federation (NFF), Mr. Amaju Pinnick, is a man on a mission. Though a lot of crises has bedeviled his administration (most of which are not his making) since he took over, he has worked hard with the League Management Company to make the Nigerian Professional Football League gradually return to its former glory, and many Nigerian footballers are beginning to show interest in the national team. 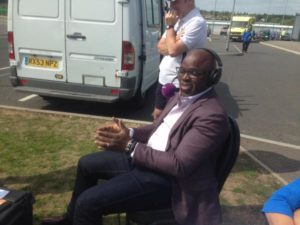 Under Pinnick’s watch, Nigeria has connected to the FIFA Integrity program ‘Me and FIFA Connect’, a platform that will pay off in the future.

We can attest to this with the hiring of a new coach and the current form of the Super Eagles.

Let us support our own and like the new President of America, Donald Trump said: “Let Us Make Nigeria Great Again”.