Nigeria’s CAF Confederations Cup campaigners, FC Ifeanyi Ubah are quite confident and optimistic about their chances of progressing to the second round of the competition.

The Anambra Warriors, as they are fondly called, take a slim one goal advantage to Al-Masry of Egypt after the first leg ended 1-0 in Nigeria.

Coach of the side, Yaw Preko, knows what it takes to play in Egypt, and says his men are working on nothing but winning. 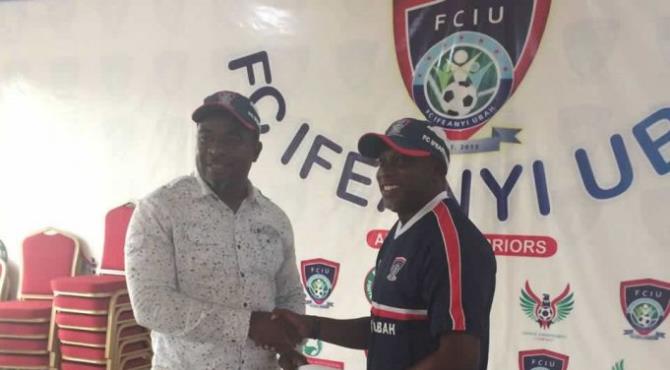 “It’s all about being focused; it’s not done yet, the job is still going to be difficult in Egypt. The weather, the field, everything is going to be different from Nigeria, so we are preparing adequately”.

Asked about what he thinks his team should do to get a favourable result, Preko said:

“To keep on working. To be perfect, you need to work very hard. The attackers are doing that, so I believe it will pay off in Egypt”.

The Ghanaian tactician promised they’ll do their best to make it to the second round.

Similarly, the team Captain and goalkeeper, Ikechukwu Ezenwa, also echoed the beliefs of his manager. Ezenwa said he and his teammates know what they need to do to qualify.

“The goalkeeper kept them in the game, he did his best; he is a good goalkeeper and was fantastic in the game. I think when we get there, it is all about self-confidence and belief that we can do it, and I know the task ahead. The players in the team, we also know what we need to do to make sure we qualify for the next round. The most important thing is that we’ve seen them play, and we know what it takes to handle them in Egypt. For me, being the captain, I’ll do everything possible to make sure we qualify”.

Adding his voice, top striker of the team so far this season, Prince Aggreh, who joined FC Ifeanyi Ubah from Kano Pillars, promised to utilise every chance he gets. He also said he is very sure his will progress at the expense of Egypt Al-Masry.

The second leg of the encounter comes up on Sunday in Egypt.