NPFL champions, Enugu Rangers and Rivers United both advanced to the next stage of the CAF Champions League while FC Ifeanyi Ubah and Wikki Tourists both crashed out of the CAF Confederations Cup, putting Nigeria in a tricky position, going forward.

Wikki Tourists had it all to do because having lost the first leg 2-0 in Sierra Leone a week ago, elimination was looming. Suddenly, a side which had managed only 7 goals in six league games all season needed to score 3 unreplied goals – or more, should they concede – and you get the feeling Wikki were not only walking on a tight rope, but will have more faith in the impossible than believe in their own ability to advance from that stage. 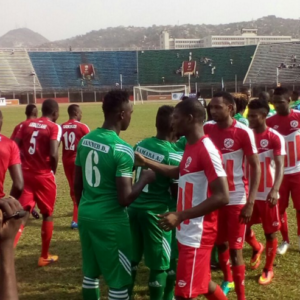 RSLAF on the other hand, which was created in 2002, gained promotion to the top division in 2012 and have a team made up of what could be termed as amateur footballers.

60% of the team are civilians and the other 40%, soldiers. Their stadium can take only 2,000 spectators at full capacity. They traveled to Nigeria on the back of a favourable first leg advantage and will return home to heroes. Wikki are not the biggest Nigerian team on the continent this season, as they aren’t among the elite, but they are steps ahead of RSLAF and should be progressing not suffering.

Wikki lost Godwin Obaje to a direct rival, FC Ifeanyi Ubah – who equally couldn’t register the youngster for this phase of the CAF Confederation Cup – and have since failed to replace him. To be fair, it is always a difficult task to replace the top scorer of the previous campaign, but you get the feeling Wikki did too little in that regard. They didn’t just lose Obaje to FC Ifeanyi Ubah, they equally missed a first half penalty that could have changed the tone of the game.

And now they’re out of the competition so soon, losing to a team that shouldn’t have defeated them, simply because they have failed to prepare well enough for this tie.

Their elimination from the CAF Confed Cup is a summary of their woeful start this season, but could hopefully provide a rude awakening which they really need.

They were cruising and enjoying the glamour of playing continental football. Though not with an inexperienced bunch, they paraded folks who have played at the highest level required to compete at this stage of club football. Yet, they looked like they haven’t done enough; frankly they haven’t.

A 1-0 first leg home win was slim, too slim to hang onto unless you can shut out your opponents from scoring on their own turf – no one can bet against this, regardless of who is playing who.

Yet, that was exactly what FC Ifeanyi Ubah did. And so they lost, narrowly, but sometimes that’s all it takes to knock anyone out of a tie.

At full-time and with penalties looming, the fans – there were 75 of them in the stands – must have had their hopes high, maybe they can pull it off, the way they did against Rangers barely a month ago in Abuja. Not so this time. As soon as the third spot kick was missed, all hopes came crashing down. It’s all over now and they can only fight again next season.

Having secured a 1-1 draw in Algeria, all that was left for qualification was to avoid a defeat and score draw at home. Rangers have not hit the incredible heights of last season, but they did enough to hold onto this narrow advantage. Hence they advanced to the next round and will next tackle Zamalek FC of Egypt for a chance to be in the group stages of the Champions League. It’s tougher now.

Having secured a 0-0 draw in Mali a week ago, Rivers United completely annihilated AS Real Bamako in Port Harcourt on Sunday. 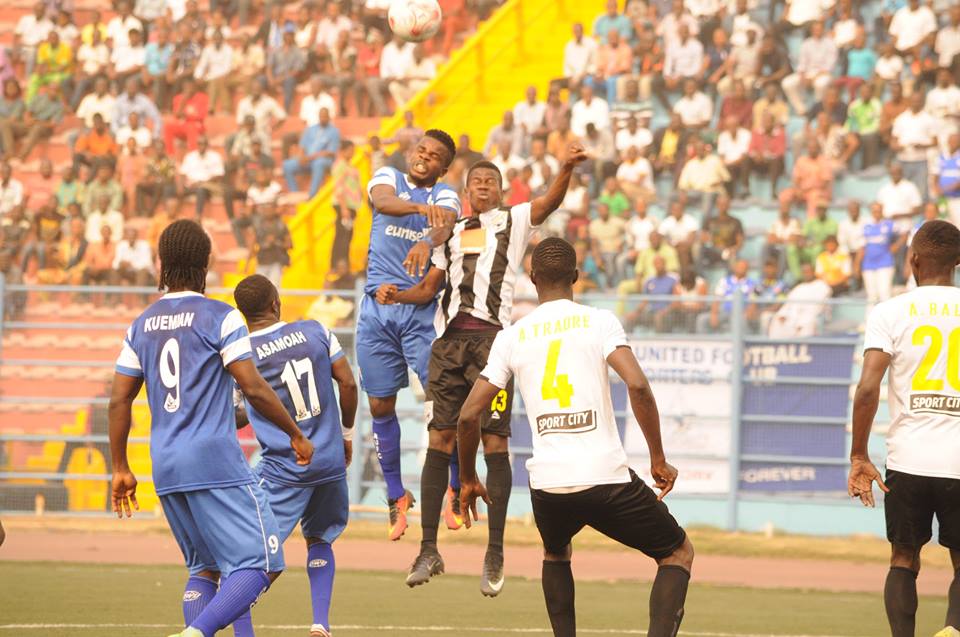 They easily killed off any thought of an upset from the Malian club with a 4-0 win that put the southern side into the next round where they face Sudan’s Al-Merriekh.

Bernard Ovoke and Esosa Igbinoba scored a brace in the 4-0 win.