Ideye, 28, who has been in imperious form for the Greek champions having scored 15 times in all competitions this season, will join compatriot and captain of the Super Eagles Mikel John Obi at Teda.

Ideye scored seven goals in 31 appearances in all competitions for West Brom before he left to join Olympiakos, and he has got his career back in track in Greece.

The powerful striker scored 13 goals in his debut season to help Olympiakos win the Greek Super League and he has surpassed that this season with 15 goals in all competitions. 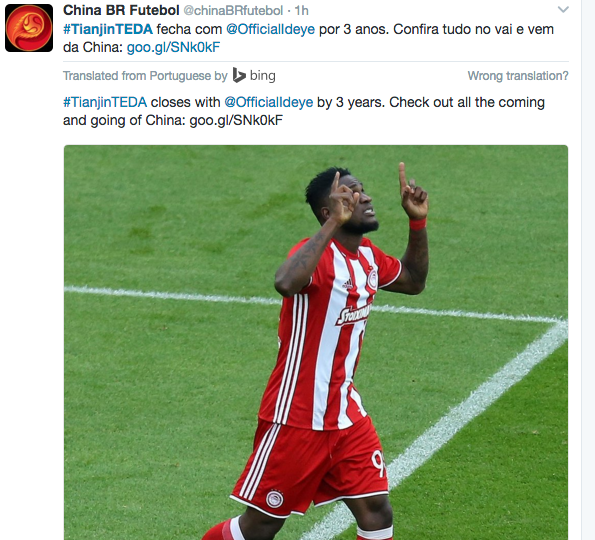 The former West Bromwich Albion signed a three-year deal with the CSL outfit.