The Super Sand Eagles of Nigeria have been placed in a tough group, following the draw for the ninth edition of the FIFA Beach Soccer World Cup held in Bissau, Bahamas last night.

The 2016 CAF runner up and world number 20, is in group B alongside World number 4 Italy, worldnumber 10 Mexico and the awaiting Asian Confederation Champions. 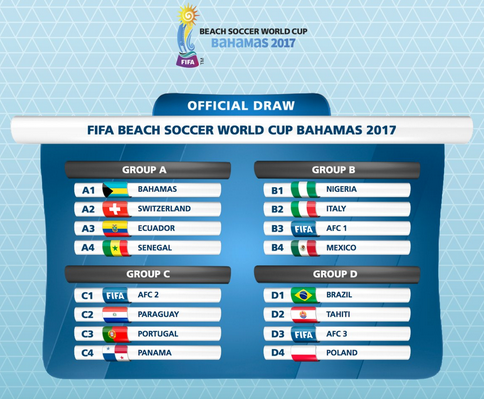 Italy qualified for the World Cup on home soil after finishing 4th in the qualifying series last September while Mexico, who are the number one team in the CONCACAF region lost in the final to Panama last weekend but have done enough to secure a spot in the Bahamas.

The tournament will be held in the Bahamas from 27 April to 7 May.

Host nation, Bahamas will play in Group A alongside Switzerland, Ecuador and African champions, Senegal.

The draw for the group stage