Today football is under threat by a cabal that is only interested in manipulating the system to make money. It is important to state here that football is widely acceptable than other sports in the world and the interest and followership is highly unprecedented.

This great interest in the game has different meanings to different people- for the football club owner, he wants to see his team win while the coaches and players look forward to reaping the fruits of their labour on the pitch. 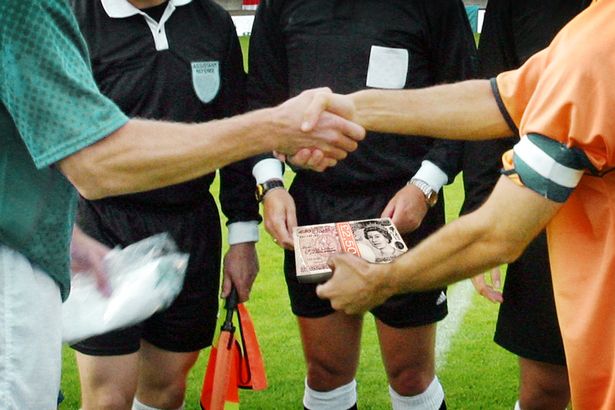 Expectedly, match officials are to ensure that the rules of the game are followed to the latter thus presenting a free and fair atmosphere for the game of football to be played.

Over the years, football has been under immense attack at all levels while one is able to say that the most secured football games in the world today are the FIFA-organised Competitions. Apart from the FIFA competitions that are seriously guarded, other games across the globe are still what I refer to as a work in progress because in virtually every other competition level of football the threat is evident and real.

Meanwhile, one can also say that most of the games played in Europe are relatively better protected, given the unique atmosphere under which such games are played, although games at the lower leagues and lower competitions level are still possible targets by Match Fixers.

Another introduction into the entire arena is the advent and growth of the sports betting industry. This industry is growing faster than the telecommunications and oil industry the world over.

Now, it is instructive that I mention some of the evils of match-fixing whenever it occurs. The first thing that it does to football is to bring the game to disrepute, destroys the unpredictability nature of a football match, destroys the true and genuine spirit of fairness, equality and sportsmanship. In summary, match-fixing is an evil that is better imagined than allowed to be perpetuated in a given football game.

Unfortunately for Africa, we are yet to develop the capacity of monitoring all matches played effectively within the territory of Africa.

I am aware that CAF does not have a desk officer in-charge of Integrity Matters. I have also not heard that CAF has entered into any form of partnership with FIFA or Interpol in the assistance to fight this scourge within the territory of Africa.

Today, there are in-flock of all sorts of sports betting companies coming into Africa and the laws regulating these industry in some countries like Nigeria are general lottery laws and not specific to sports betting. This is a very serious matter because to fight match- fixing, there is need for countries to enact laws against it, thus criminalising the act in countries.

The Nigeria Football Federation (NFF) has commenced full operations into the protection of football within its territory with the passage of the National Integrity Initiative Strategy Guideline which now empowers the NFF Integrity Officer to fully go all out to perform its duties through enlightenment campaigns and seminars with workshops to all football stakeholders.

While this is commendable, it is important to state that the needed support from all stakeholders for this to work is not negotiable. Currently, one can say that the support from all critical stakeholders have been very encouraging as people are now looking at the benefits that can be derived in a system that is devoid of all forms of match manipulation.

We need to, as a people to say that we will not allow those that indulge in manipulating the outcome of our matches to still be in the system because for every match that its outcome is manipulated, they are tearing the very fabric of the beautiful game into shreds. The next generation will need to inherit something from our football culture but definitely not a system riddled with manipulation.

Now is the time for every football lover to join hands in fighting this scourge as match-fixing is the real devil in football.