By Tolu Olorunmoteni
There is a debate, the sort that often leads to conflicts rather than conclusions by cynics, over the continued invitation to players of Nigerian decent who probably have never visited Nigeria their whole lives. While the other group strongly believe that the continued invitation to these players is exactly what we need to get the Super Eagles playing the way we all want them to, others feel it is a mere waste of time in shortchanging those based at home.
It is laughable, putting it mildly, that somewhere in our minds, some think that the only people who should represent the Super Eagles must be players who spent formative years in Nigeria and had represented Nigeria at the age grade levels. But without being overly critical or sensational about this, let’s face it, developmental football in Nigeria is still at its lowest when compared to the generational progress our European counterparts are making.
In that case, shouldn’t we sit tight and figure how to improve this problem that has bedeviled youth football in Nigeria?
Yes, we should! We don’t have much choice. That said, should we then ignore the present in pursuit of the future? Should we lie to ourselves, paint a great picture, a magnificent picture in our minds, where we want to be and completely ignore the fact that we’re still miles away?
It will be unwise and irresponsible to ignore players who are making enviable progress for the sake of local football. In fact, we will be hurting the Super Eagles for the sake of improving local football and footballers in Nigeria; and this shouldn’t be.
In fact, these parties are designed to work hand in hand.
Let’s look at what we have. Shall we take Carl Ikeme, William Troost-Ekong, Leon Balogun, Alex Iwobi and Victor Moses out of the current pool of the Super Eagles and in truth, that’s five of our first eleven gone down the drain. They have equally been our best performers over the past year, without disregarding the input of the other lads. Yet, we could have missed out on them and their incredible abilities had we turned a blind eye, and no! We do not have quality replacements for these bunch in the league at the moment, maybe in the future. 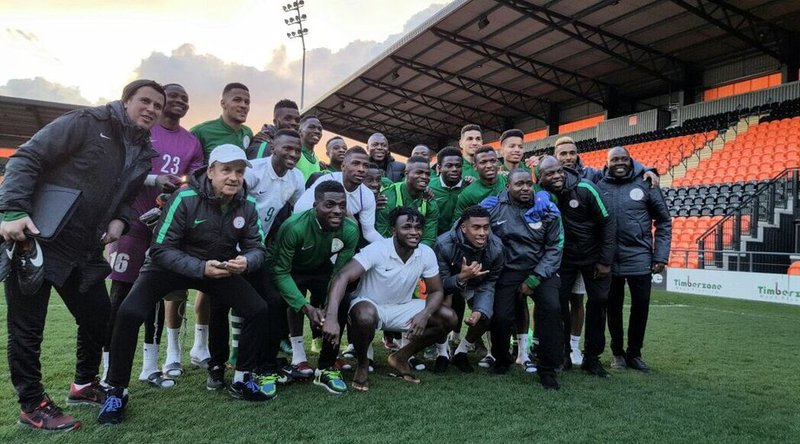 The decision of any Nigerian in diaspora to play for Nigeria should not have to face harsh reactions at home. Our taxes didn’t pay for the quality football education they got abroad, or the quality of life they enjoyed. They didn’t have friends in Nigeria to motivate them when the chips were down, and they don’t owe Nigeria anything by choosing to represent the country of their parent. In fact, they’re seen as traitors for not choosing to represent the country that nurtured them and gave them all, including a chance to turn their backs on her.
More so, these young players have apparently not considered money or the commercial values that come with representing England, the Netherlands, etc or the glamour of frequent games against the best teams in Europe and the World; because choosing to represent the Super Eagles deprives you of these. To them, all that matters is a chance to make a name in the country that they owe nothing.
No doubt we have quality at home. The NPFL is buzzing with talents, and without being derogatory, the younger ones in Nigeria aren’t exposed to top quality coaching, facilities, programs, and even a conducive environment that favours their development. More is done to make life better for them and for the future, but at the moment we should greet the arrival of Chuba Akpom, Ola Aina, Ebuehi, among others, and spread our arms to the imminent arrival of Dominic Solanke, Ademola Lookman, Nura Abdullahi and Tammy Abraham.