Super Eagles’ striker, Victor Osimhen has begun training following his recovery from the knee injury that has plagued him since he joined Bundesliga outfit, VFL Wolfsburg in January.
Osimhen stunned the world at the 2015 FIFA U-17 World Cup in Chile, where he scored a record ten goals and stepped up his career in January by signing a professional contract with Wolfsburg after he turned 18.
The Nigerian took to his official Instagram page to talk about his return to the turf.
“Back in running, training on the square,” he posted. 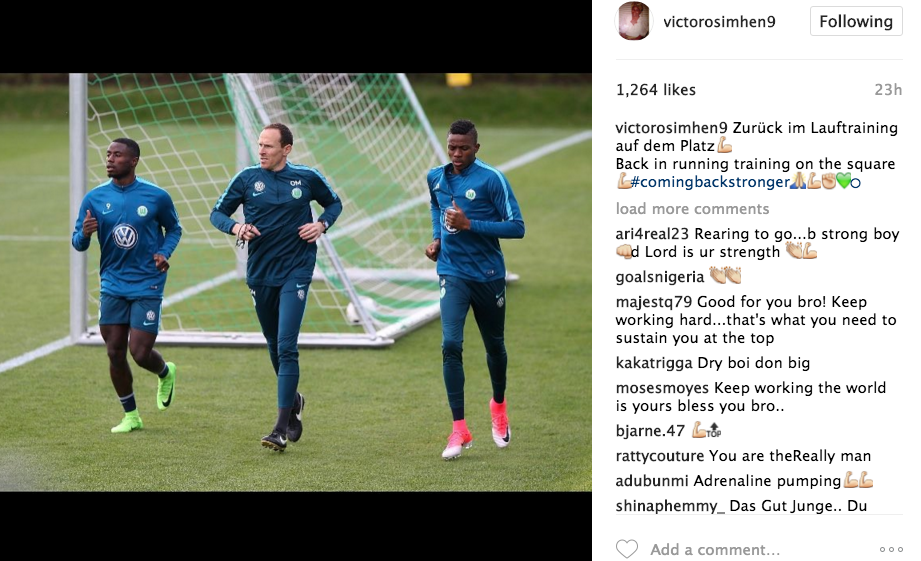 Osimhen is expected to feature for Wolfsburg at some point before the end of the Bundesliga season.