The attitude to away games carried by both officials and players of football clubs in Nigeria is troubling and mind-boggling.

Yes, there was a time when it was close to impossible to imagine getting a victory away from home in the league. The time when hooliganism was at its peak. Even journalists couldn’t applaud a good move, skill or nutmeg of an opposing team without getting at least a stern warning from supporters and sometimes, colleagues nearby; let alone a so-called ‘neutral’ who was only at the stadium to enjoy the game of the weekend, sitting in the midst of ‘wolves’, bereft of the ‘security’ the journalist in the other corner enjoyed.

It was a ‘sin’ seeing an opponent come so close to winning on an away ground.

There was no such thing as banter. Banter? You’re inviting trouble. It’s like shoving a fresh meat to an unchained lion and expecting him to laugh at you.

When a referee has the guts to award a penalty to an opposing team, he prays for the penalty to be missed. In one case in 2007, it was said the referee had the penalty retaken thrice, until finally, it was missed. Game on!

Getting a draw away from home is safer for everyone, the away team and their officials, the match officials too, but not the home team. You must realise that dropping points at home in that manner means inciting the home supporters. But then, getting an away win is simply rude. No, you cannot afford to be so disrespectful.

These acts of hooliganism and thuggery meant that the league produced only a handful of away wins every year as no team was willing to put everyone in such situation. No official was interested in bravery. Everyone had one reason to fear, rightfully so much too, and so, everyone did the needful. These birthed the mental block that our players and supporters suffer from today.

So, the first placed team on the log travels to the bottom placed team, and return home defeated. Pray, tell, how often? Almost every time teams are in this position play. The best result is usually a draw in scenarios like this, when the better team -by virtue of the position on the log – should be favourites.

Captain of Enyimba FC, Mfon Udoh said about the mental block: “It’s a belief. Same way we believe Jesus died on the cross without necessarily being there, that’s how some players see it. They have simply told themselves that, no matter what they do, it’s impossible to win away from home.” 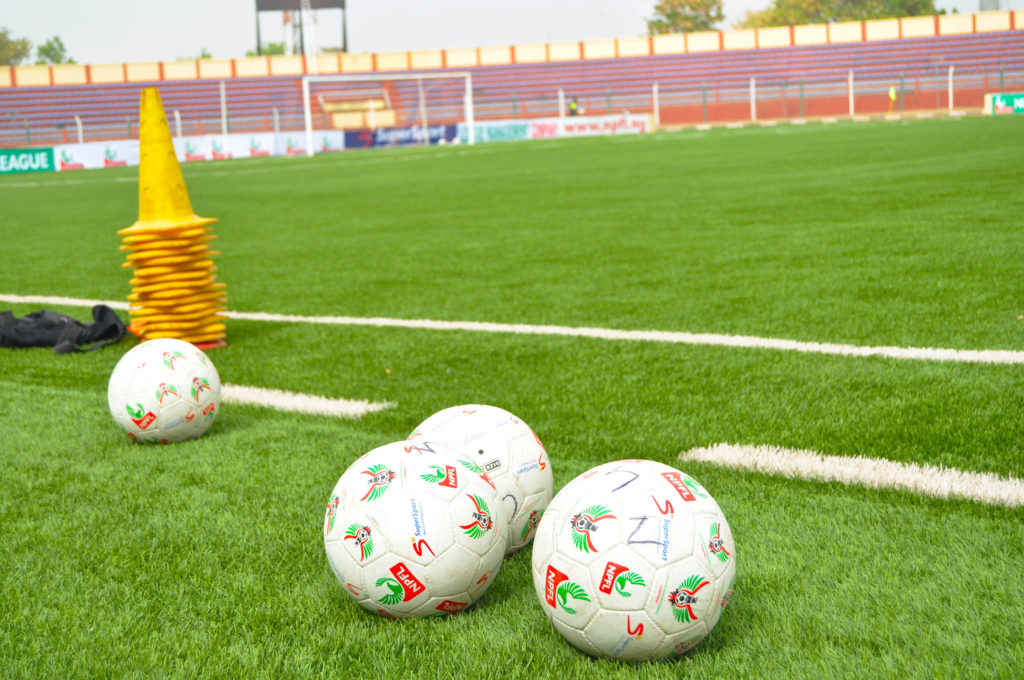 “But when I talk to my teammates, as captain, in an away dressing room, I say to them, come on guys, let’s play football. Forget about the referee, he has the whistle while we have the ball.”

It’s just difficult to ignore the man who has the whistle even though that’s the first step that must be taken if there will be a mental shift. Players are less afraid of the fans because their concern is always on the man in the middle who has the power to chop off a goal. Sadly, this cancerous attitude follows us to continental games.

The NFF and LMC have put a lot of measures in place and progress has been made. This fantastically commendable! Although it is difficult to tell how much progress has been made, teams still only manage a handful of away wins every weekend and when they do, something still happens. The difference this time, supporters usually pounce on their own team; this too isn’t helpful, this should equally be stopped. A lecture won’t do it, if it could we won’t be here today.