Chelsea winger, Victor Moses has been selected into leading UK tabloid, Sports Mail’s, Premier League Team of the Year. The Nigerian international was a big omission in the official PFA Team of the year released earlier on Thursday AOIFootball.com has gathered.

Moses has had a superb season in the Premier League this term under Italian manager Antonio Conte who converted the Nigerian to a wing back that joins the attack and he’s been very prominent in the team. The former Liverpool FC winger featured 29 times in the league for the Blues, scoring 3 times with 2 assists to show. 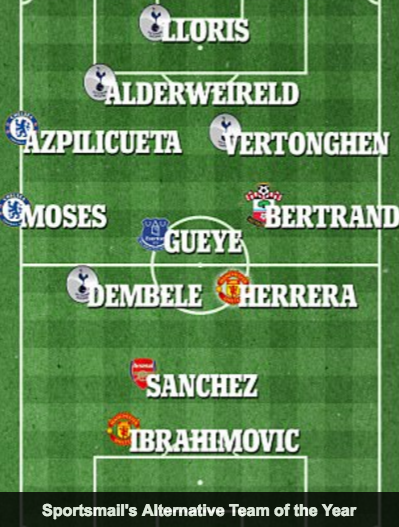 Tottenham’s Kyle Walker who chucked in 5 goals as a right wing back and has also put up an inspiring display this term was chosen ahead of the Nigerian in the official PFA Team of the year albeit in a 4-4-2 formation.

According to Sports Mail, Moses gets in for consistency and the impressive way he has taken to the position.