The Chief Operating Officer of the League Management Company, Salihu Abubakar has revealed that with the current ongoing NPFL U-15 program, clubs in the NPFL may not have to spend a lot in buying players. He also explained the format to be adopted as the tournament progresses, saying there will be no quarterfinals.
He spoke exclusively with AOIfootball.com’s ABIOLA SHODIYA. excerpts:
Why has the League Management Company decided to break from the norm in terms of grooming players?
We want to give the kids opportunity to realise their potentials. We also want to give the NPFL teams a chance to kick-start their youth development programs. You can see with the quality of play and abundance of talents, we have even surpassed our expectations.
What is the next step for talents discovered in this program?
From the many talents we have seen across the country, the future of the clubs and national teams is assured, as they would have young crops of players to carry on the legacy of our football.
What format will be adopted for the next phase of the tournament?
What we have is the second group stage where we will put the 8 teams that qualified into two groups and they will play amongst themselves in a round robbing over 3 days-Tuesday, Wednesday and Thursday; the group leaders will automatically play the final, while the runner up will play the classification match to determine the third placed team.
After that, we have our plans for the tournament; we want to bring it out during the course of the competition, but I assure you, we are not going to allow the boys to go like that.
The essence of this competition is to discover the talents, monitor their movements, and ensure they realise their potentials at the top of Nigerian football.
What is LMC doing to correct the grey areas noticed during the first phase of the tournament, especially with the NPFL clubs?
This is the maiden edition and mistakes are bound to happen, but going forward, we will ensure that teams have their own U-15 teams. One of the key elements of the program is the fact that, all the players must be in school and one of the basic requirements is that players must present their school report cards. This is because we don’t want players not to have life after football. We’re going to look at stringent conditions for the next season. It’s a way to kick-start youth development programs for the clubs. We are not going to stop at the U-15 level. Maybe, we will have U-17 and U-13 so that teams will have a pool to pick players from instead of having to spend so much buying players.
How often will this program be held?
We are going to be consistent because the future of the game is in the youths. If you don’t develop the youths, there won’t be affinity between the community and the clubs. We want them to have players within the community so that the community will feel that the clubs belong to them. If they see their kids playing in the clubs, the attachment will be there.

In the long run, don’t you think the NPFL may suffer, because players discovered will eventually be poached? Aren’t you worried about that?

It doesn’t matter. We have players in the NPFL who are going abroad to play. Must you force them to play here? No! The essence is to give our youths the opportunity to realise their potentials. If their potentials are way up there and somebody picks them from here and takes them abroad, it is Nigeria’s gain. Whatever the player gets will comes back to Nigeria.
What informed the age limit placed on the coaches?
Apart from the players, the coaches that participated are youth coaches. The LMC, together with the Spanish La Liga, organised a training program for the coaches. We trained over 100 of them for specific coaching courses for the youths and you can see it is rubbing off on the quality of the tournament.
The referees and team managers are young people. We are creating a new vista for administrators and referees and everyone. It’s a whole new generation of football coming up. 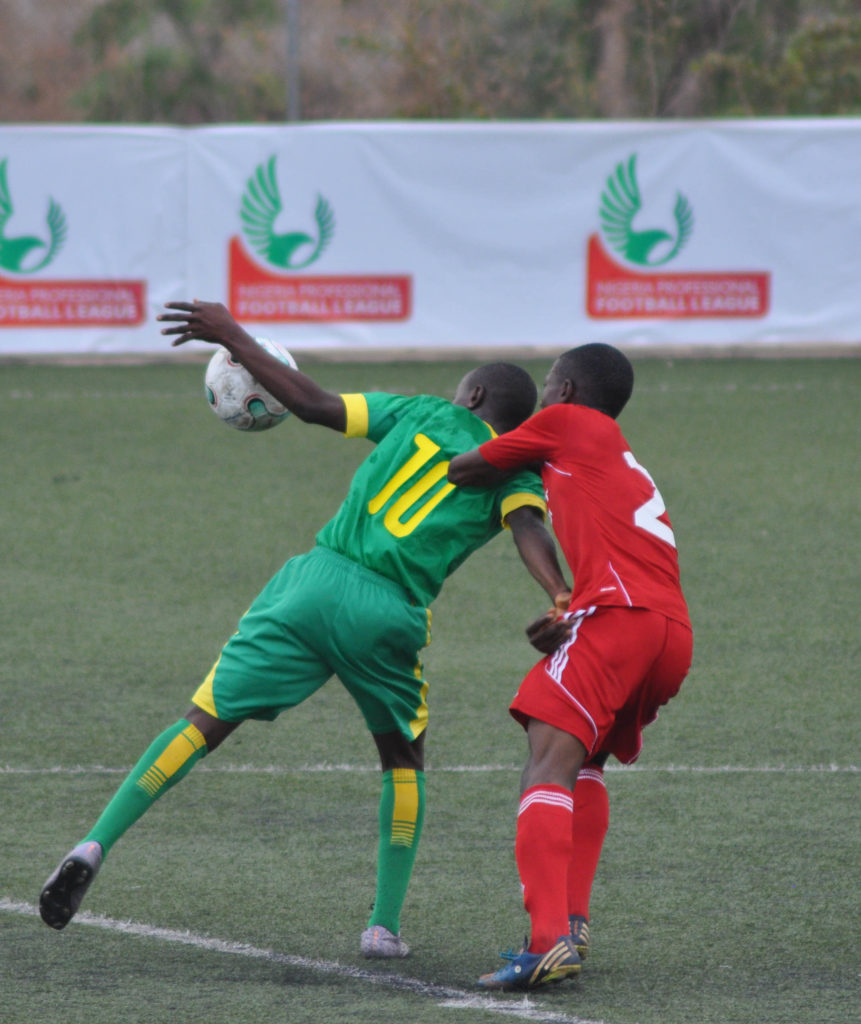 Do you think the physical examination adopted by the LMC is enough to really tell the eligibility of a player?
We had many levels of checks before players are qualified for this tournament. One of them is the physical examination.We’re all fathers, we’re all senior brothers, and if you see a boy of fifteen, you will know. I was showing them the pictures of my son and they compared them and everyone knew some of the players we disqualified were clearly overaged.
It is not only the physical examination that is adopted. You are required to bring your school results, birth certificate from the national agency concerned, and we have records of some of these players. Some have played U-15, U-13 some years ago and they’re coming back to play again.
Fortunately, some of us have been involved in youth development programs for long and when we saw them, we fished them out.

World Cup: Echiejile is not a weak link, says Iroha