Larry as he is fondly called scored in the 54th and 57th minutes.

The Nigerian international has now scored thirteen league goals this term for Wien a feat he was delighted to celebrate on his official instagram page. He also dedicated one of his goals to his friend and team mate Venuto who is out injured.

” Goal is to win, not to look like I’m winning…Thank God for my 2goals and dedicated one for my friend Venuto…get well soon bro.” 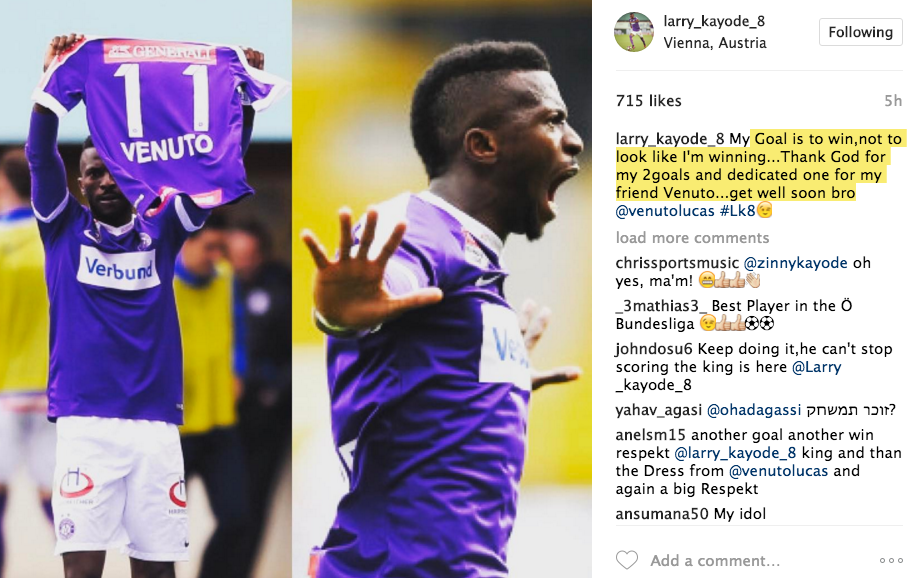 Kayode has had a fantastic season and was recently invited to the Super Eagles in March. He is expected to be named amongst the players that will take on Bafana Bafana of South Africa in a 2019 Africa Cup of Nations qualifier.