Tianjin Teda FC captain, Mikel John Obi says he would be back soon after undergoing a successful surgery in London AOIFootball.com has gathered.

The Super Eagles captain got injured while playing for his Chinese side Tianjin Teda and has been missing in the last two games.

The Nigerian international however left for London to have his surgery done and he took to his official instagram page to announce the success of the surgery.

Mikel posted ” Surgery went well, rehab next… can’t wait to be back ⚽️👊🏽 shame I can’t be on the pitch fighting with my team #TianjinTEDA#TEDAFightingFightingFighting.” 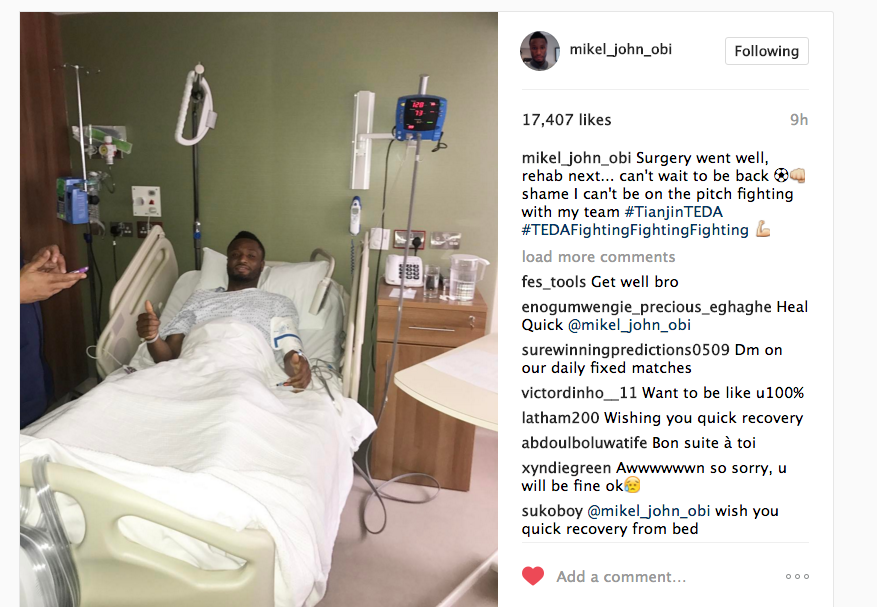 The former Chelsea defensive midfielder has scored a goal for his club this season. He is expected to be missing for two months. He will miss the Super Eagles’ 2019 Africa Cup of Nations game against South Africa in Uyo on the 10th of June.