Ahead of the kickoff of the second stanza of the Nigeria Professional Football League, the Technical Adviser of Shooting Stars Sports Club of Ibadan, Fatai Amoo, has said finishing among the top ten of the league would be realistic for the Oluyole Warriors.
Amoo stated this in an exclusive chat with aoifootball.com in Abuja.
Amoo believes with the players available and the new ones the team just recruited, it would be safe to say making the first half of the log would be a realistic target.
“To be sincere, I know it is not normal to say this but I must be truthful. With what we have and those we just signed, I think a top ten finish is what is really possible. We will strive and give it all we can,” Amoo said. 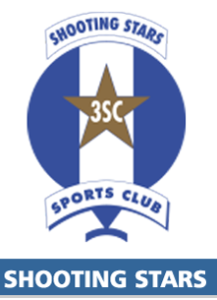 The former Sunshine Stars of Akure coach further anticipated a tougher second round of the league as he is of the opinion that NPFL teams will battle for points home and away.
“The second round will be very tough. It’s always the business end of the league and teams will jostle for the available points so I expect a competitive second round,” he concluded.
Shooting Stars are currently 18th on the log with 22 points.