Super Eagles duo of Wilfred Ndidi and Olanrewaju Kayode at the latest arrival in the Eagles’ camp even as the team arrived at the Hyatt Regency hotel in Paris where they will camp for the next 6 days, AOIFootball.com can report.

Both players were initially expected in Corsica for the friendly game against the Island country, but due to visa hitch and club commitment by Ndidi and Kayode respectively, they did not meet up. 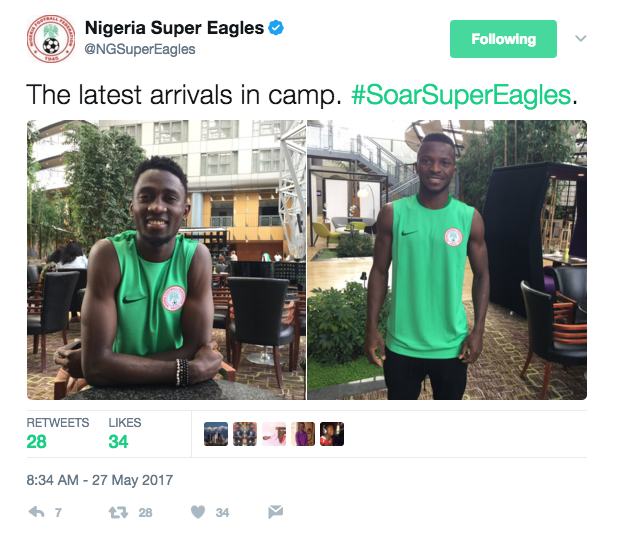 This will come as a huge relief for Super Eagles Technical Adviser Gernot Rohr who had only 16 players fit and available for the 1-1 draw against Corsica on Friday night.

The team will resume training tomorrow morning ahead of the friendly game against the Hawks of Togo billed for the Stade Municipal de Saint Leu La Foret, Paris on Thursday, 1st June 2017, starting from 7.30pm.