Erstwhile coach of the Super Eagles, Phillippe Troussier says he wishes to see Nigeria in next year’s World Cup while also charging the team to believe in itself.

Though the Eagles are currently on top of their 2018 FIFA World Cup group where they lead African Champions Cameroon with four points , 2012 Afcon champions, Zambia and Algeria. They look good for a spot at the Quadrennial Soccer showpiece and ‘ the white witchdoctor’ as he is called, reckons the team should not expect an easy ride to Russia but must believe they can make it happen and continue in their stride as they hope to record wins against Cameroon in September in back to back games. 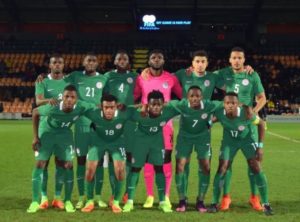 ” Don’t say because it is Nigeria you will have an easy ride to Russia,this is not the way, you must fight to be there till the last match,” the former coach of Atlas Lions of Morocco told AOIFootball.com exclusively.

Troussier who is now representing Chinese interest after a long stay on the African continent posited that the Super Eagles be optimistic  to sail through to next year’s soccer event.

” You are not in a bad position at the moment. The team must believe in themselves  and the quality of the players and the Coach who has great experience in Africa and Europe,” He concluded.