The return of Super Eagles’ Captain Mikel John Obi from injury is a big boost ahead of the team’s back to back clash against the Indomitable Lions of Cameroon, Hapoel Beer Sheva midfield general John Ugochukwu Ogu, has said.

The former Chelsea midfielder was out for four months battling a recurring abdominal injury and his absence affected the three-time champions as they lost against South Africa in a 2019 African Cup of Nations qualifier in June. 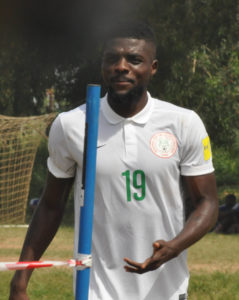 But the Eagles’ captain has returned from injury and has played twice for his Chinese side, Tianjin Teda. Ogu sees the return of the former Lyn Oslo of Norway player as what the Gernot Rohr-tutored side needs as morale booster to face the five-time African champions who are second on the log.

“The return of Mikel is a big boost for us and someone we need to come help us. It’s good to have the captain back in a crucial game like this. It will boost the morale of the boys and our nation,” the former Academica de Coimbra midfielder posited.