Manager of English Premier League side Leicester City, Claude Puel, has assured Super Eagles forwards Kelechi Iheanacho and Ahmed Musa that they will get their chances in the starting line-up with the Foxes very soon, AOIFootball.com reports.

According to the former Southampton gaffer, Iheanacho is facing a lot of competition for a starting spot, but is quick to add that the 21-year-old must be ready to seize the opportunity when it comes.

Iheanacho, who has made nine appearances (two starts and seven substitute appearances) for the club this season, has struggled to break into the Leicester City side following his £25 million move from Manchester City in the summer.

Musa has been totally frozen out, restricted to cup games and U-23 fixtures.

“He (Iheanacho) is a good player but he must improve when he finds his place in the squad,” said Puel during his pre-match interview.

“We have a lot of players in this position. It is good competition between them, perhaps a little more because for one or two positions we have six possibilities. 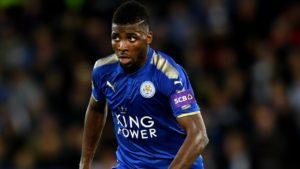 “We have Iheanacho, Islam Slimani, Ahmed Musa, Shinji Okazaki, Leo Ulloa and Jamie Vardy; it is a lot of players but I hope we can give them good game time for the future because we play every three days.

“It will need all these players with good qualities and attitude.

“They need to work hard in the training sessions to keep a good level. Of course all the players want game time but the balance is difficult because we have a lot of players in the same position.”

Leicester City are 12th in the English Premier League table with 13 points from 12 games. They travel to the Olympic stadium to face West Ham in their next game on Friday.