The current Super Eagles team is one of the “best” assembled in years according to former Head Coach and captain, Sunday Oliseh, AOIFootball.com reports.

Speaking on Brila FM monitored by AOIFootball.com, Oliseh,  identified the strength of the current team as it’s ‘youth and enterprise’. 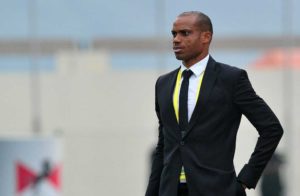 The Atlanta 1996 gold medal winner even compared the team to the famed Dream Team.

‘This is one of the best teams we’ve assembled in years. They are fast, young, they’re enterprising and fresh.

‘It might be a disadvantage because it could mean they’ll struggle for cohesion but they’ve not been overworked.

‘This team is similar to what we had in Atlanta,’