Super Eagles’ striker, Odion Ighalo continued his red-hot form in front of goal, while Simmy Nwankwo laid claim to a spot in the Super Eagles, capping a sensational weekend for Nigerian players across the globe.

The only sad news, however, was the injury sustained by Wilfred Ndidi which could almost certainly rule the Nigerian out for the rest of the EPL season for Leicester City.

AOIFootball.com brings you a summary of their performances as the World Cup in Russia draws nigh.

Victor Moses: The Eagles’ winger put up a decent shift as Chelsea maintained their chase for European football with a 1-0 win over Swansea at the Liberty Stadium. 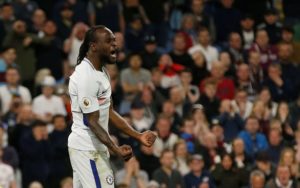 Alex Iwobi: He was on for the entire match duration as Arsenal’s hopes of a top-four finish all but ended when they fell 2-1 at Old Trafford to Manchester United.

Ola Aina: The left-back was on for all 90 minutes when Hull City fell 2-0 at home to Cardiff City.

Bright Osayi-Samuel and Eberechi Eze: 21-year-old Osayi Samuel scored his first professional goal in QPR’s 3-1 win over Birmingham City, while Eberechi Eze was voted the man of the match after a stellar performance for Rangers.

Hope Akpan: The Nigerian star was on song in the Championship as he scored one and assisted another in Burton Albion’s 2-0 win over Bolton Wanderers.

Peter Olayinka: The attacker netted his 9th league goal of the season when he grabbed the winner in Zulte Waregem’s 2-1 win away at Royal Excel Mouscron.

Abdul Ajagun: He was on for the entire match duration as KV Kortrijk defeated Lierse SK 2-1.

Moses Simon, Samuel Kalu and Uche Agbo: All three Nigerians featured but it was Moses Simon who made the most impact on the game as he set up Rangelo Janga to put Gent 1-0 up just before halftime.

However, Agbo and his teammates rallied back in the second half as Standard Liege ran out 3-1 winners on the night.

Odion Ighalo: The red-hot striker continued his mesmerizing form in front of goal as he grabbed a brace for Changchun Yatai in their 2-1 win over Shanghai SIPG.

Mikel Obi: The Eagles’ captain put in a decent shift for Tianjin Teda but they fell 1-0 away at Beijing Renhe.

Frank Onyeka and Paul Omuachu: 20-year-old Onyeka got an assist for Midtjylland as they spanked AaB 3-0 at home; Paul Onuachu was not listed for the encounter.

Chidozie Awaziem: The defender was on the bench for all 90 minutes as Nantes lost 2-0 away at Olympique Lyonnais.

Fred Friday: The attacker scored his 5th league goal of the campaign but it proved to be a mere consolation as Feyenoord beat Sparta Rotterdam, 3-1.

Sadiq Umar: The attacker had just five minutes of action after coming off the bench in the closing stages as NEC Breda convincingly dispatched Heerenveen 3-0.

Kelechi Nwakali: The former Golden Eaglet captain converted from 12 yards but could not prevent MVV Maastricht from going down 2-1 at Jong Ajax.

Simy Nwankwo: The 25-year-old attacker continued to lay claim for a national team invite as he grabbed a brace for Crotone in their 4-1 spanking of Sassuolo. 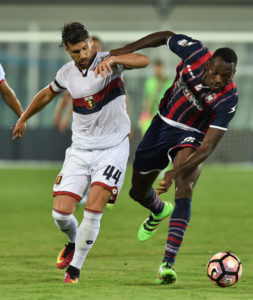 John Ogu and Anthony Nwakaeme: Both players featured for the entire match duration as Hapoel Be’er Sheva were forced to a 1-1 draw away at Bnei Yehuda Tel Aviv.

David Babajide and Afeez Aremu: They were on for the entire match duration but it was David who smiled home as he helped Haugesund to a 1-0 victory at Ik Start.

Chidera Ejuke: The midfielder was on from start to finish as Valerenga IF played out a 2-2 draw away at Ranheim IL.

Ahmed Musa: The winger was in action for the entire match duration as CSKA Moscow held Zenit St Petersburg to a goalless draw away from home.

Aaron Samuel and Brian Idowu: Idowu was on for all 90 minutes while Samuel was introduced after the hour mark but they could not stop Amker Perm from losing 2-0 at home to Spartak Moscow.

Rabiu Ibrahim:  The Eagles’ midfielder was in action for the entire match duration as Slovan Bratislava dispatched Spartak Trnava 2-1.

Hillary Gong Chukwah and Philip Azango: Azango was on for the entire match duration while Hillary was introduced in the 72nd minute; both players inspired AS Trencin to a comfortable 3-0 win away at DAC Dunajska.

Daniel Akpeyi: The Eagles’ goalkeeper was in action for Chippa United as they were forced to a 1-1 draw at home by Supersport United.

Oghenekaro Etebo and Imoh Ezekiel: Etebo was on for the entire match duration while Ezekiel was withdrawn after 69 minutes as already relegated Malaga drew 1-1 at Espanyol.

Chima Akas and Gbenga Arokoyo: Akas put in another fantastic display for Kalmar FF as they got their third clean sheet in six games. They trashed Malmo FF 3-0. Gbenga Arokoyo was only good enough for the bench.

Ogenyi Onazi: He returned to action after recovering from a hamstring injury as Trabzonspor maintained their top 5 status with a 2-1 win away at Antalyaspor.

Kenneth Omeruo and Samuel Eduok: Omeruo was on from start to finish while Eduok was introduced in the 78th minute when Kasimpasa lost 4-1 at home to Fenerbahce.

Aminu Umar: The former dream team star came off the bench after 72 minutes but could not repeat his last week’s heroics as Osmanlispor were humbled 4-1 at home by Istanbul Basaksehir.

Olanrewaju Kayode: The on-loan Manchester City striker scored his third goal for the club as he grabbed the winner in Shakhtar Donetsk’s 1-0 win away at Mariupol. 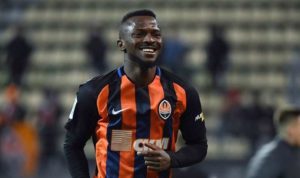 Francisca Ordega: The Falcons’ forward scored her third goal of the season as Washington Spirits drew 1-1 at home to Chicago Women.

EXCLUSIVE: Precautionary reasons will keep me out of Seychelles clash, says Mikel